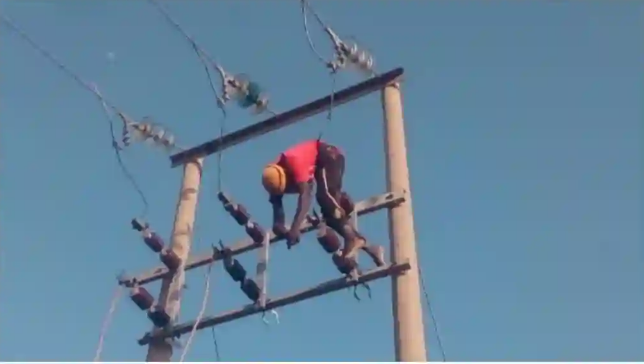 According to report , an anonymous young man was electrocuted by a high-tension cable owned by Kano Electricity Company.

The man was electrocuted at midnight on Monday, according to Ibrahim Shawai, a business representative who confirmed the event.

According to him, the individual was electrocuted while attempting to take the cables when the electricity was restored.

He claimed that the deceased and his crew were vandalizing KEDCO wires when the terrible tragedy occurred, but that they escaped, leaving the remains of their comrade behind.

Shawai voiced concern that rising vandalism of their cables and other equipment necessitates immediate action from both populations.

He stated that the organization is currently experiencing multiple losses due to nonpayment of tariffs and theft of equipment.

The matter is under investigated, according to DSP Haruna Kiwaya, spokesman for the Kano State Police Command.