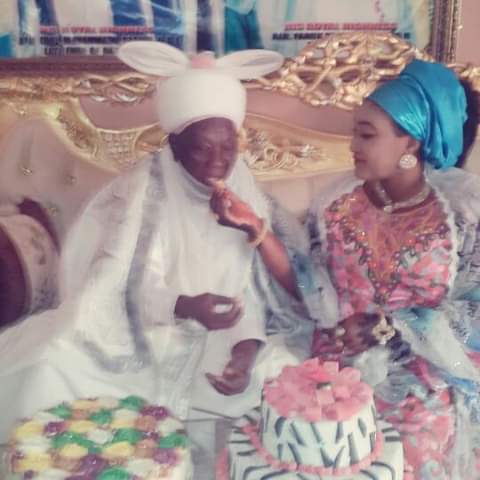 The Emir of Daura, Faruk Umar Faruk who is aged 90 years old, has allegedly paid N1million as Bride Price to marry a 20-year-old lady.

The 90-year-old Emir celebrated the union with his bride, Aisha Iro Maikano, the daughter of Fagacin Katsina, Iro Maikano on Saturday, December 12. He was represented by the Magajin Garin Daura, Musa Umar, at the wedding ceremony.

The monarch was said to have paid a sum of 1million naira as Bride Price to Aisha’s family.

It was also gathered that the Emir had married over four wives in the last 6 years.

Some unconfirmed sources claimed that the Emir had divorced all four of his wives to get married to the 20-year old.