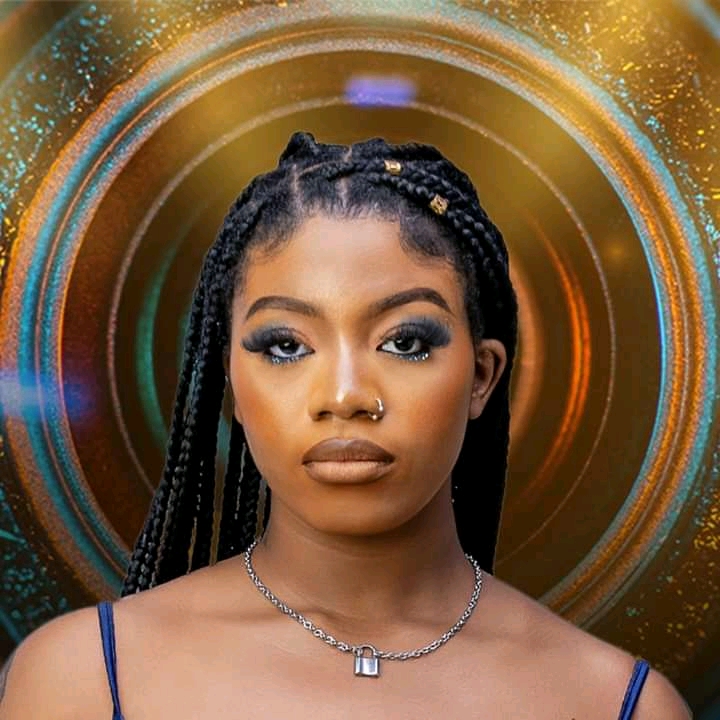 Angel has been evicted from the Big Brother Naija house, she is the 4th runner up.

Angel was the first female housemate to walk through the doors of the reality TV show.

Though born to London-based Nigerian parents, Angel grew up in Lagos. She was a writer and poet prior to joining the reality TV show.

Last week, in a twist during the game show, she was faced with a fake eviction alongside her fellow housemate, Pere. They were later allowed to join the rest of the contestants days later.

Speaking about her eviction, she said ;

“I feel great; I am happy I am outside because I got tired. Though I did not win the N90m, I know I would make it outside.”

When Host Ebuka asked about her relationship with fellow housemate Cross, she said the reason for keeping her distance from him was in a bid to not get attached to him.

“I don’t want to get too attached to him. I would think about pursuing a relationship with Cross outside the house, although I have many other options,” she said.

Angel stated that as of now, since the show is over, she has plans of launching her mental health vlog, opening a salon and spa and venturing into real estate.