Annie Idibia, the wife of legendary Nigerian artist Innocent Idibia a.k.a 2face, has unfollowed her husband on Instagram.

This comes after the babymama of the legendary musician, Pero Adeniyi praised him for his role as a father in his children’s life.

2baba is currently in the United States, according to reports, spending time with his three children, which he shares with Pero.

2Baba also uploaded a sweet video of himself and three children bonding.

The music legend, who was overjoyed to see his children, was spotted dancing with them. 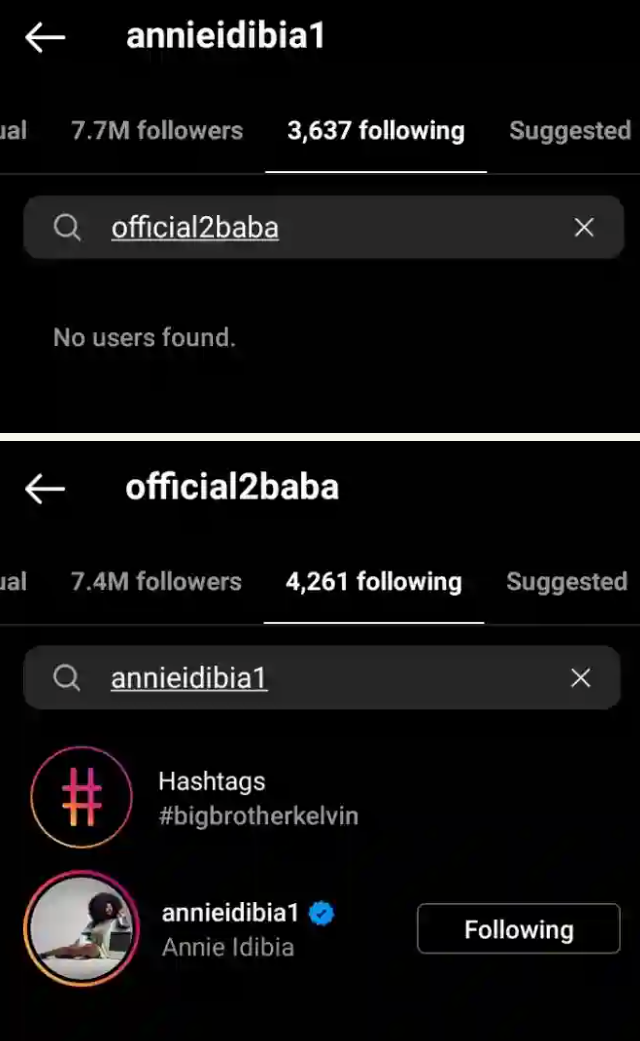