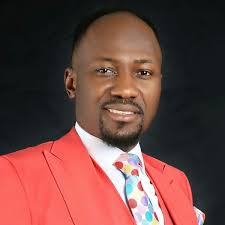 The Apostle Johnson Suleiman, the General overseer, and proprietor of Omega Christian Ministries have opened up on how some billionaires pay their tithe.

In a video circulating online, the clergyman was spotted speaking against persons, who constantly spitted religion and the effectiveness of prayers.

The Apostle stated that some well-known rich personalities like Bill Gate, Jeff Bezos, among other persons do not pay tithe, yet they are all expanding in their different spheres.

He pushed forward to explain that such statements were carelessly made and out of ignorance. He confirmed that rich individuals pay their tithes, however, they did that in their ways.

Apostle Suleiman added some examples of the rich men, who had donated huge amounts to charity, and developmental projects in the house of God. He posited that those methods worked for them, besides all were forms of seed sowing, and would always produce evident and bountiful harvests.

The Clergyman related to the mammoth crowd gathered at his congregation, stating that people should be permitted to indulge in their beliefs and not be desisted from practice.