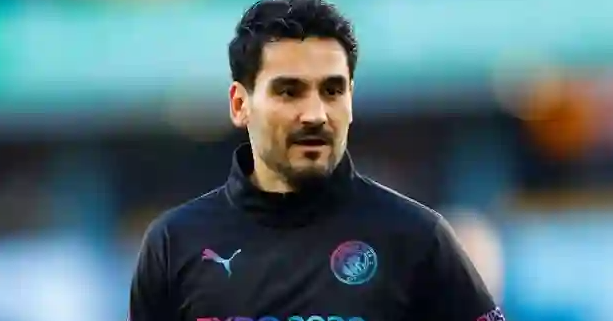 According to reports, Arsenal is one of the clubs interested in Manchester City midfielder Ilkay Gundogan.

The Germany international is expected to depart The Etihad this summer. This season, the 31-year-old has made 42 appearances, scoring eight goals and assisted on six others. However, he has had to share midfield starts this season with Bernardo Silva, Rodri, and Kevin De Bruyne.

Gundogan wants to be a regular starter at this point in his career, according to the Daily Mail. Pep Guardiola is unable to grant that wish, hence City has granted permission for the player to leave.

There has been no falling out between the two parties, and City is now willing to sell the former Borussia Dortmund player.

Fabrizio Romano states that no negotiations about a city renewal have taken place. Instead, the conversation has been on his leaving.

Gundogan’s contract has one year left on it, thus he will attract a transfer price.

He was recently seen flying to Madrid, but it has been ruled out as a red herring.

Mikel Arteta is familiar with Gundogan from his time as Pep Guardiola’s assistant, and he hopes to add some experience to his midfield.

The contract of Mohamed Elneny expires next month, and Granit Xhaka’s future is uncertain. After Euro 2020, Roma attempted to sign the player last summer.

It suggests Arteta is on the lookout for a midfield kingpin, and the two are said to get along well.

Gundogan was told what Arteta had said about in November.

“Maybe he doesn’t shine, but he allows others to shine,” said the Arsenal boss to L’Equipe.

Gundogan was clearly flattered and responded by saying: “I really like this quote, I often use it to describe my game. It’s important to have a clear idea of how you can help your teammates or not. I have never been selfish and never will be.”

The success of Arsenal’s strategy, though, will be determined by where they finish the season.

Gundogan, according to Romano, wants to play in the Champions League at the highest level.

Arsenal will compete in the Champions League next season if they finish in the top four. Arsenal will have a platform to entice Gundogan, but if Spurs win against Norwich on the final day, Arsenal will finish fourth.