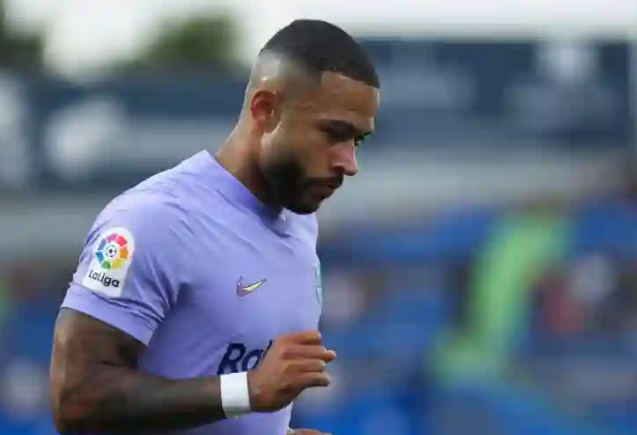 According to a report from ABC in Spain, Arsenal has decided to make an enquiry about Memphis Depay as Mikel Arteta continues his search for a new forward this summer.

The Gunners will need to bolster their front line in the coming months. Both Alexandre Lacazette and Eddie Nketiah are poised to be released from their contracts.

Arsenal’s current difficulty is that they appear unlikely to be able to offer Champions League spot next season. They are no longer in contention for fourth place in the Premier League.

So it’ll be interesting to see which names they’re still hopeful about. They’ve been tied to some really interesting targets.

Depay is perhaps one of those who will delight some Arsenal supporters. According to reports, Arsenal has spoken to Barcelona about him, despite the Catalan giants’ interest in Gabriel Magalhaes.

Arsenal supporters will undoubtedly want Gabriel to stay. However, it appears that Arsenal’s interest in the Dutchman has not waned.

Arsenal have made an enquiry for Depay, according to ABC (via Daily Express).

This summer, Depay could be a reasonably low-cost choice. His deal with Barcelona runs out at the end of the season. As a result, they may be open to serious bids for their players this summer.

He has scored 12 goals in La Liga during his stint at the Nou Camp. And before that, he had an incredible record with Lyon.