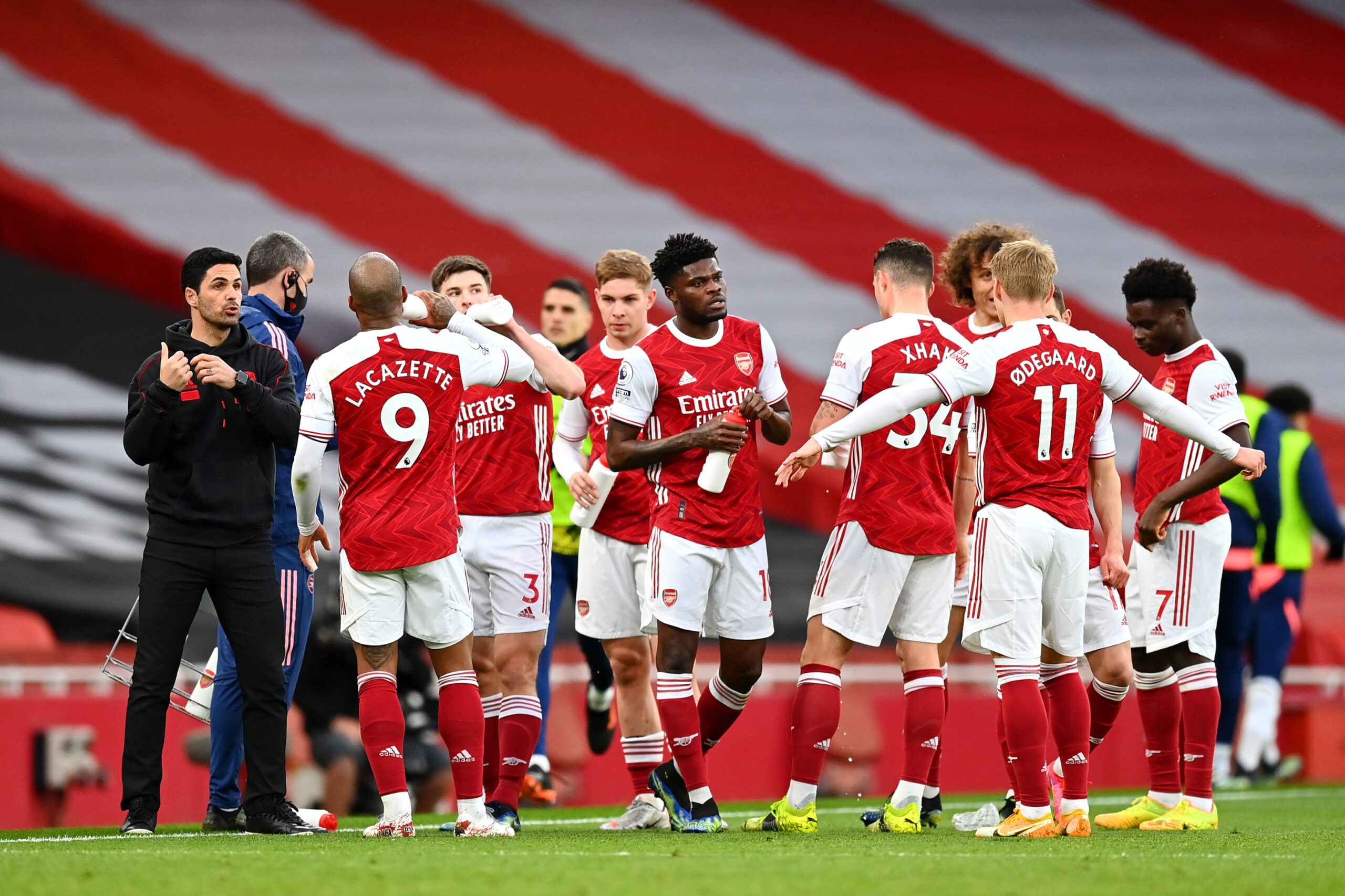 LONDON, ENGLAND - MARCH 14: Mikel Arteta, Manager of Arsenal speaks with Alexandre Lacazette of Arsenal as the Arsenal team take a drinks break during the Premier League match between Arsenal and Tottenham Hotspur at Emirates Stadium on March 14, 2021 in London, England. Sporting stadiums around the UK remain under strict restrictions due to the Coronavirus Pandemic as Government social distancing laws prohibit fans inside venues resulting in games being played behind closed doors. (Photo by Dan Mullan/Getty Images)

Arsenal defender Kieran Tierney has told the Evening Times that he feels sympathy for Everton star Nathan Patterson after the right-back was stretchered off for Scotland against Ukraine on Wednesday night during a 3-0 win.

Patterson, 20, endured a difficult start to life at Everton following his £16million move from Rangers in January. He managed just one appearance for the Toffees during the second half of last season – with injury hampering progress.

But this season, he has been first choice under Frank Lampard. He has started and finished all seven of Everton’s Premier League matches. The 11-time Scotland international even started against Fleetwood in the Carabao Cup.

Little surprise that Steve Clarke started the Ibrox academy product against Ukraine. But just 26 minutes into the 3-0 win, he was carried off with a knee injury. Tierney, who has had his fair share of injuries, felt sorry for the Everton man.

“I felt for him. I knew straight away because I’ve been there. It’s football, isn’t it? What can you do? He won a tackle and bust a gut to get back and picked up an injury. He’s done it for us,” Tierney said, on Patterson.

“It’s just a shame because he’s been flying this season. You can’t not tackle. You have to give 100 percent. Nathan did that and he got an injury. But I’m sure he’ll work hard and come back strong.”

It is a real shame for Patterson. No stranger to injuries, the right-back will have been delighted with his start to the season in an Everton shirt. Jokes have even been made about him pocketing Luis Diaz in the Merseyside derby.

Hopefully for Everton and Scotland, he is back fit in a short amount of time as the games come thick and fast. But it will be a blow for the Toffees if Patterson is out for more than a couple of weeks, given his early-season form.