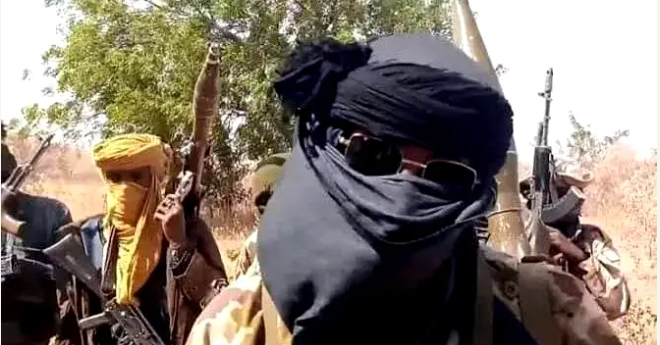 Hundreds of passengers were reportedly abducted over the weekend by herdsmen who blocked the Enugu-Port Harcourt highway between Leru junction and Ihube axis.

According to reports, the gunmen abducted all of the passengers on three buses.

The heavily armed bandits are said to have attacked a team of soldiers dispatched to the scene in response to a distress call.

They allegedly set fire to the military van and injured two soldiers before herding all occupants of three buses they kidnapped into the bush.

A youth leader in Umunneochi told Vanguard yesterday that the situation had heightened anxiety in the community.

He claimed that the bandits used the Saturday evening rain to block the highway, causing gridlock that stretched all the way to Leru junction as commuters mistook them for police officers on the roadblock.

According to him, some of the commuters who had alighted to investigate the cause of the gridlock fled when the bandits opened fire on a military van that arrived to help.

He claimed that some people were shot as they fled their vehicles in search of safety.

Kidnapping for ransom has taken on a terrifying new dimension in the area since the kidnapping of the Prelate of the Methodist Church, Dr Samuel Uche, and two clerics on his entourage.

When contacted, Abia State Commissioner for Information, Eze Chikamnayo, who also serves as Secretary of the Umunneochi Security Committee, which was recently established by Governor Okezie Ikpeazu to address the area’s security challenges, confirmed an abduction occurred over the weekend.

He, however, stated that the incident occurred on the Imo State side of the expressway and requested more time to provide accurate casualty figures.

In His words: ”It happened at the expressway between Ihube and Umunneochi. In Umunneochi proper, there has been a mass reduction in the number of such incidents but they have migrated to the border between Umunneochi and Imo State.

“But Umunneochi Security Committee worked very hard. We are putting checkpoints and we have strengthened our vigilante, and have potentially repelled them.

“I think it’s a sign of victory for us that they have left Umunneochi LGA and migrated further towards the express. They are at the boundary between Abia and Imo, precisely at Ihube.

Attempts to reach the Army were futile because the Army Public Relations Officer, 14 Brigade Ohafia, Lt. Innocent Omale, said he was in a conference when contacted.

When contacted, Geoffrey Ogbonna, the Police Public Relations Officer in charge of Abia State, did not return calls, but Israel Jack Rabin, the Zonal PPRO in charge of Zone 9, said the zone was not yet aware of the incident because his office had not received any situation report concerning it.