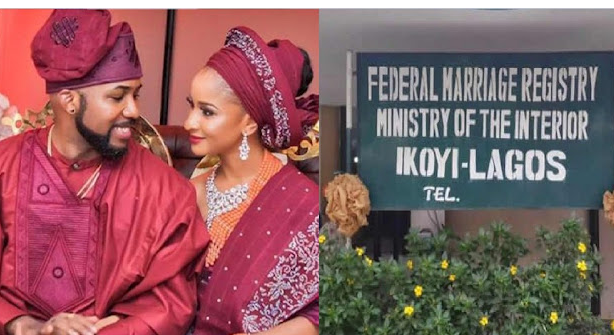 Banky W, a popular singer and politician, has expressed his displeasure with the court’s ruling that marriages performed at the Ikoyi Marriage Registry are illegal and invalid. 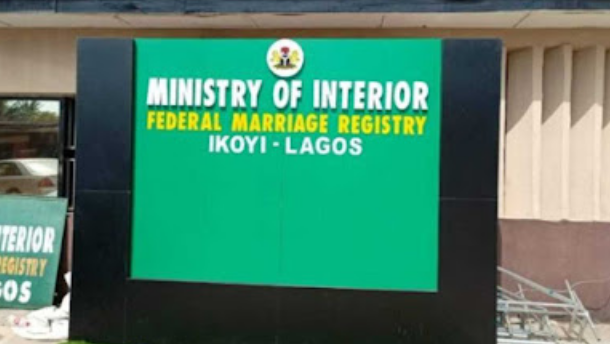 A legal battle rages between Nigeria’s local governments and the federal government about who has the authority to operate marriage registry, conduct marriages, and issue marriage certificates.

Banky W who was legally joined by the Ikoyi marriage registry to the love of his life, Adesua Etomi, in 2017, took to Twitter to refer to his wife as baby mama. 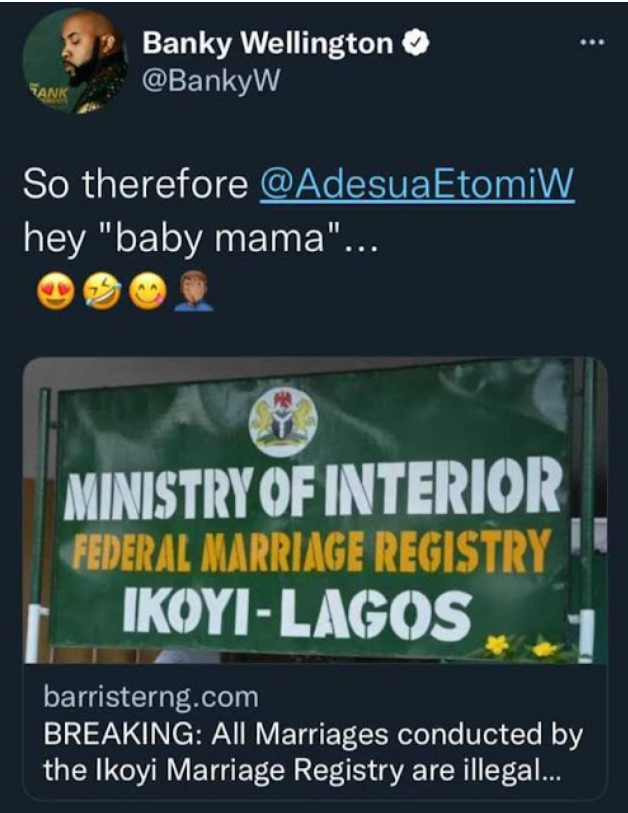