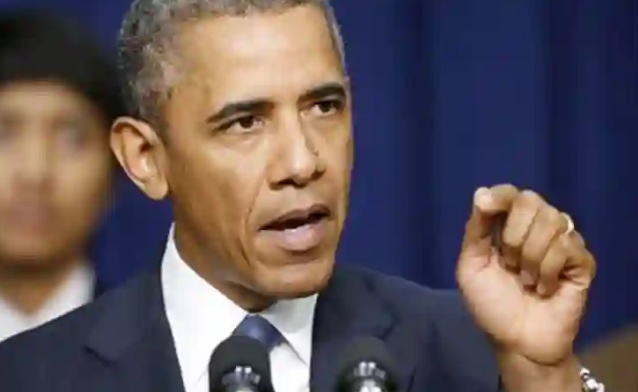 Former US President Barack Obama announced Sunday March 13, that he has tested positive for Covid-19.

Obama disclosed in a tweet that while he’s down with mild symptoms, his wife, Michelle tested negative for the disease.

I just tested positive for COVID. I’ve had a scratchy throat for a couple days, but am feeling fine otherwise. Michelle and I are grateful to be vaccinated and boosted, and she has tested negative. It’s a reminder to get vaccinated if you haven’t already, even as cases go down. 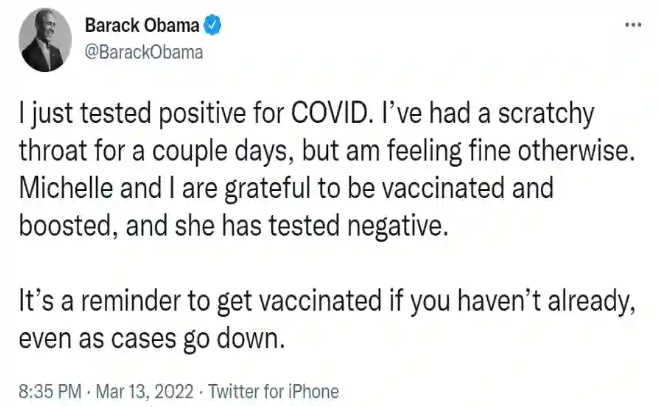 After spending part of the winter in Hawaii, Obama, 60, had lately returned to Washington, DC.

After then-President Donald Trump claimed he tested positive in October 2020, before vaccines were widely accessible in the US, Obama becomes the second US President to contract the virus.

Throughout the pandemic, Obama has been a strong supporter of public health measures. He canceled his 60th birthday party on Martha’s Vineyard last August due to concerns about the Delta variant at the time.