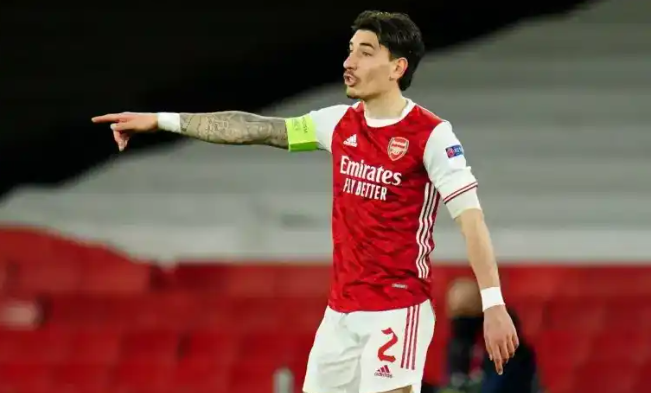 According to The Sun, Barcelona has joined Real Betis in the race to sign Arsenal defender Hector Bellerin this summer.

Last season, Spain international Mikel Arteta deemed him surplus to requirements and loaned him out to Betis for the 2021/22 season.

Bellerin performed admirably for the La Liga club, recording five assists in 32 appearances. One of those came in April, when he defeated Valencia in the Copa del Rey final.

Betis are obviously interested in re-signing Bellerin on a permanent basis, but only if he is released from his £110,000-a-week contract with Arsenal.

Bellerin’s former club Barcelona is also reportedly keeping tabs on him. After missing out on Cesar Azpilicueta, the Catalan giants are interested in his free transfer.

Bellerin’s £5.7m annual contract expires in less than a year, and The Sun reports that he is willing to accept termination without compensation.

Both Betis and Barcelona are willing to wait because they believe Arsenal will release him before the transfer window closes on September 1.