Thelma Ibemere, 26, is a book lover and a gallivanter. She responded to a woman’s comment on a post in her official IG referring to her as ‘an unfortunate celebrity’. This is in consonance to what Thelma called keeping a good image as a public figure. 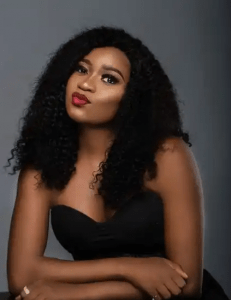 Thelma got evicted from this year’s edition of BBNaija tagged “PepperDem” alongside Nelson. Trends, from the passing months, made it clear that she had a relationship outside the house. She’s also some sort of ambivert who loves to go out with people who matter to her.

” It’s high time you stop getting nervous over the lifestyle of celebrities you see on the media space. I’m not unfortunate and I’m head-over-heels comfortable with my life. I have old people around me that get daily treat. This is not to any lenght affecting my private life. You know why? I’m comfortable”, Thelma posted on her instagram.

The media darling and TV realist is a bibliophile who takes delight in James C. Maxwell’s book, Talent is not enough, sidelines scandals and pretense. Thelma in ascension clarified that she joined the BBNaija2020for the fame and would do well by investing in her business if she gets the crown in the year’s edition of the show.

In an obscene manner, Ibimere also added in her post: I believe your children bought you this phone to cut you off boredom. It isn’t just right to say well of someone who could pass for your concieved child. To be frank, I’ll say congrats to you for making it to my page. Nice try, Ma’am. I don’t just want to appear rude on this space and I would matter-of-factly say less.

” I’ll soon upload a comical dance video to get you off your lobes of worries. But before then, I will advice you get off that disheartening discretion up there. It could hurt your marrows”, Thelma said in closure. 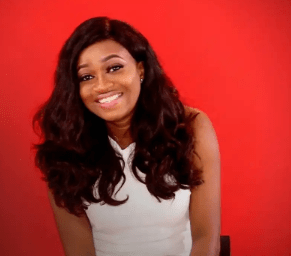 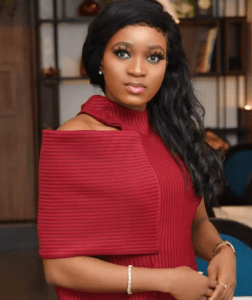 Thelma, at a time before eviction from BBNaija, said she had a dream of supporting her loving family if she come out triumphing at the end. She’ll also put some of it into her hair and beauty establishment.