As the game gets hotter than a pistol, housemates initiated a question and answer session to douse the tension. That is to say, one person answered one question at a time. It’s great fun watching the folks remit some fun facts about themselves.

Dorothy, Lucy and Vee were the life of the conversation. Vee frankly blurted that she hates Android phones. This strike everyone with bewilderment. Certainly, there’s a crux behind her defaming statement towards the brand.

BBNaija: Lucy Breaks Down In Tears Talking About Her Rough Childhood

The 23-years old singer goes by the name Victoria Adeleye. She spent the major part of her life in London. Vee came back to Nigeria to leverage her music career.

Vee said: Firstly, android phones are scrap. They don’t have some features that keep up the vibe. Secondly, those devices are as cheap as chips. They aren’t just worth my kind of person. Moreover, I’m affluent. I really don’t have anything to do with Androids. That is to say, Iphone is bae.

“Don’t Insult My Breast, Leave My Breast Out Of This Conversation” – Dorathy Warns While Conversing With Other Housemates (Video)

This discourteous behaviour caused an index of reaction by Nigerians. Many threatened that they would vote her out anytime she’s up for eviction. The populace said they can’t give her their support because they aren’t worth it. In other words, they are trash after all becuase they are android phone users. 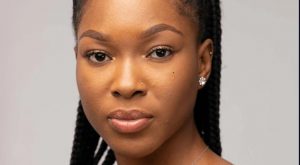 👇👇 What is your thought on this?