“Turn Your Lights Down Low” is a classic monster hit single delivered by Jamaican reggae band, Bob Marley and the Wailers from their 1977 album, Exodus. It is the only song on side B of the album that was not released as a single. However, a remastered version featuring Lauryn Hill (credited as Bob Marley featuring Lauryn Hill) was released in 1999.

Finally, Minnie Riperton‘s ‘Lovin’ You‘ which remained on the R&B charts for a total of seventeen weeks in the year 1975 was sampled on the record. Enjoy!

Do you find 9jadailyfeeds useful? Click here to give us five stars rating!
Tags: Bob Marley Lauryn Hill Turn Your Lights Down 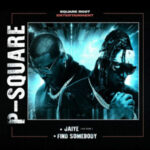