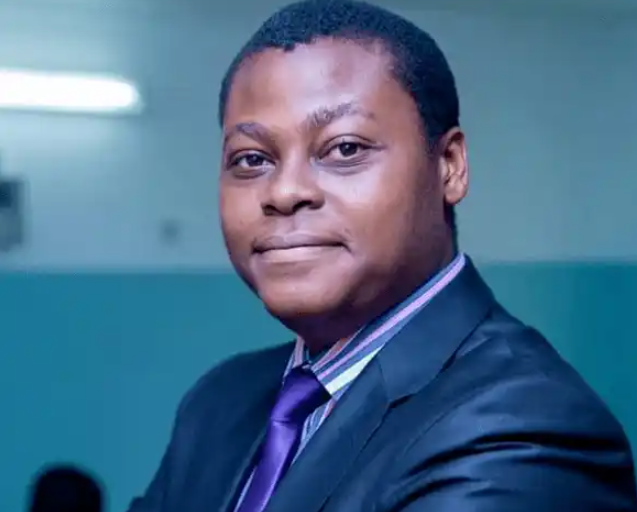 Details have emerged about what happened between Arise TV anchor Rufai Oseni and police officers who apprehended him while he was plying the BRT in Lagos on Monday.

Oseni was seen railing at police officers in a vehicle who had arrested him for using the prohibited BRT lane in a viral video.

A police officer and another man were attempting to placate the irate Oseni to return to his SUV after it had been released to him.

He came back again to assault the policemen inside their vehicle.

But a video emerged Tuesday showing Mr Oseni hurling invectives at the traffic officers who were sitting in their patrol van.

“See these bastards,” he screamed at them, before returning seconds later to add, “I will call the governor. Nonsense.”

Mr Oseni, known for his spirited approach during Arise TV’s flagship programme, The Morning Show, has been the subject of social media discourse since he posted on his Twitter account about the incident.

‘Rufai’ started to trend on Twitter on Monday and continued Tuesday along with ‘BRT Lane.’

On Monday, the Arise TV anchor took to Twitter to announce that police officers had pointed a gun at him for illegally driving on a BRT lane.

He claimed that a Nigerian police officer pointed a gun at him, forcefully took his keys, and drove away because he wanted to enforce a traffic infraction, and that he believes the police need training and retraining.

A Nigerian police officer pointed a gun at me and forcefully took my keys and drove my car off, because he wanted to enforce a traffic infraction

“I offered to pay for the traffic infraction but the police was hell bent on forcefully collecting my keys and pointing a gun at me. I saw three other cars drive by the BRT lane and they were not stopped. I am at sea! Why point a gun at me and forcefully collect my key. I am shocked.

“Am terribly hurt. Enforcement can be done via remita or other http://platforms.It could be tidier. We need to use technology to help the police.

“I am not a lawmaker, I saw cars pass through the Supposed BRT lane and they were not stopped, all of a sudden, I was stopped and told I used the bus lane. If I didn’t see other cars I will not go through, plus I was not conversant with the road. In fact after I was stopped, three cars also, I have just spoken to the police now and we have resolved the matter.

“I stated my side of the case to the police and we resolved amicably. I must state citizens must be treated better and the police must approach things better. We citizens have rights and that’s all I demanded,” said Oseni in series of tweets.

Do you find 9jadailyfeeds useful? Click here to give us five stars rating!
Tags: Rufai oseni