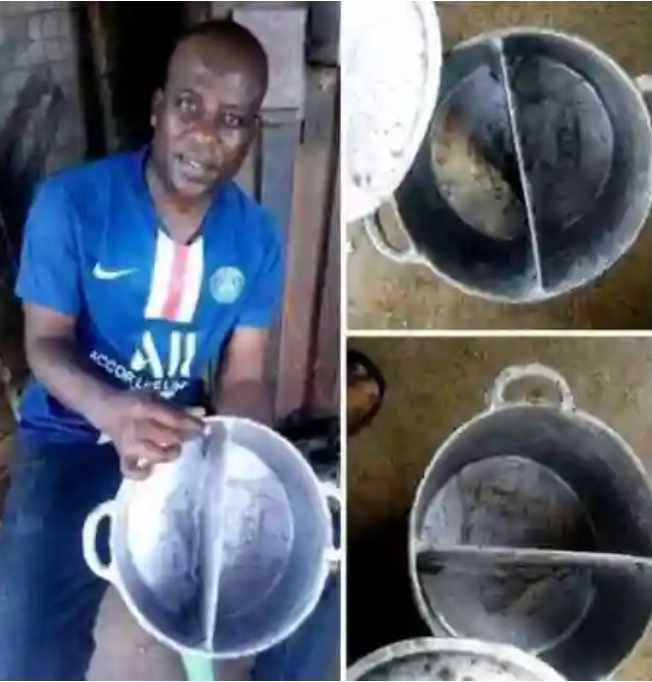 Nigerians react as man constructs pot that allows you cook two meals at once.

The news making rounds today show photo of a pot tagged ‘Buhari’s Pot’. It has come to the knowledge of the public that this pot was designed by a man for cooking two meals at the same time. Hence, following the rising cost of cooking gas in Nigeria, the pot was constructed to reduce and minimize gas consumption.

The pot is demarcated to allow for cooking two meals at once to conserve energy.
This news has gained public attention after photos of the pot he reportedly constructed went viral.

Similarly, a locally made cooking stove that uses charcoal was invented in Nigeria that was tagged “Abacha Coal-Pot”. This was as a result of the acute scarcity of kerosene that was seriously felt in different parts of Nigeria ensuing the political instabilities in Nigeria during Abacha’s regime in 1993/94, which was an aftermath of the annulment of June 12, 1992 presidential election won by the late business mogul -Chief M.K.O. Abiola.

To this end, many Nigerians have reacted and hailed him for the idea, stating that it is a “nice innovation”, considering the increase in the cost of cooking gas.

See some comments from Nigerians below; 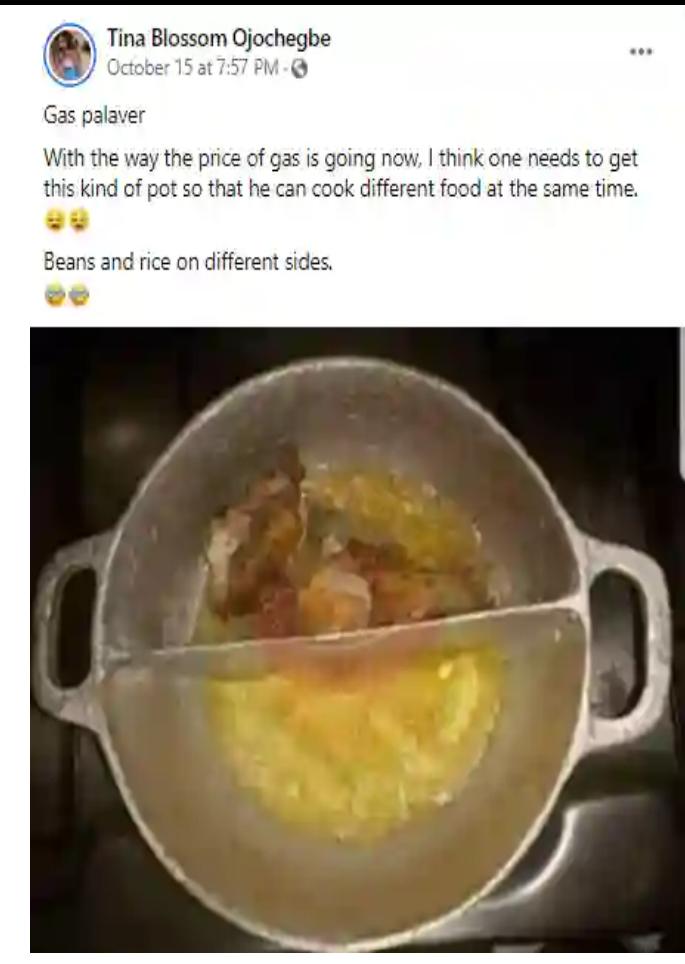 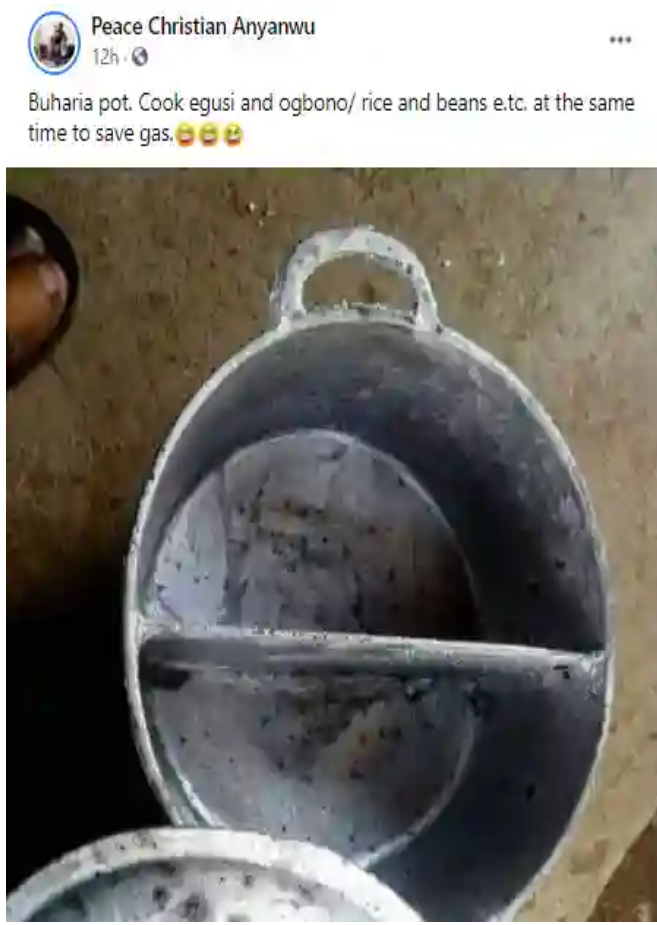 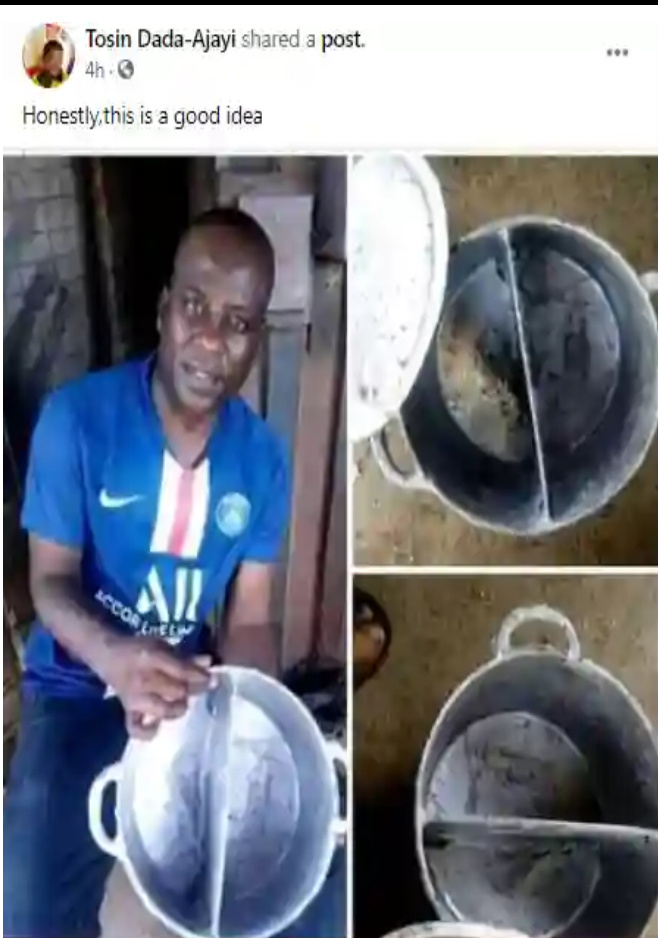 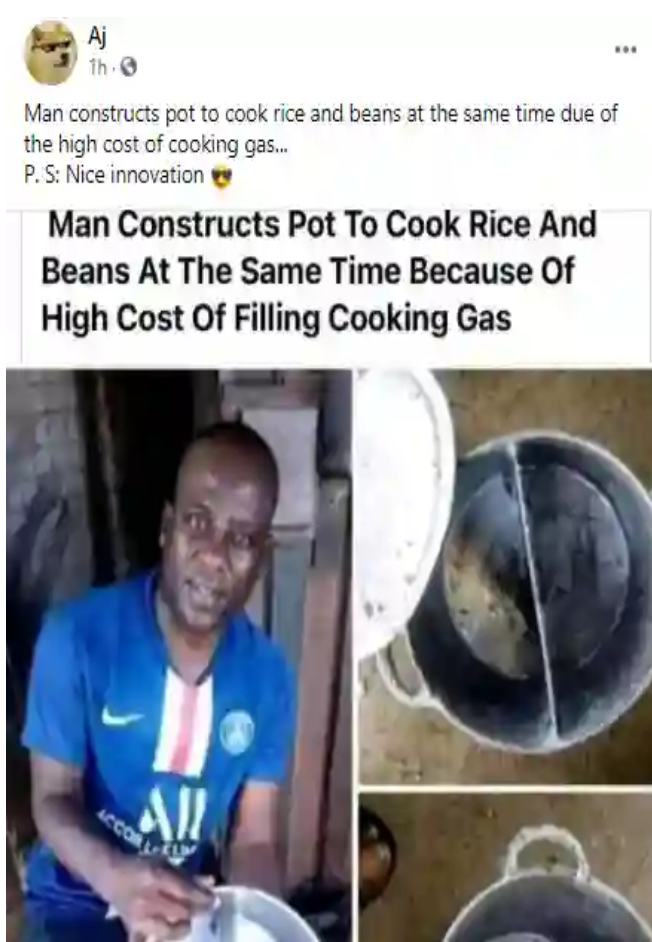