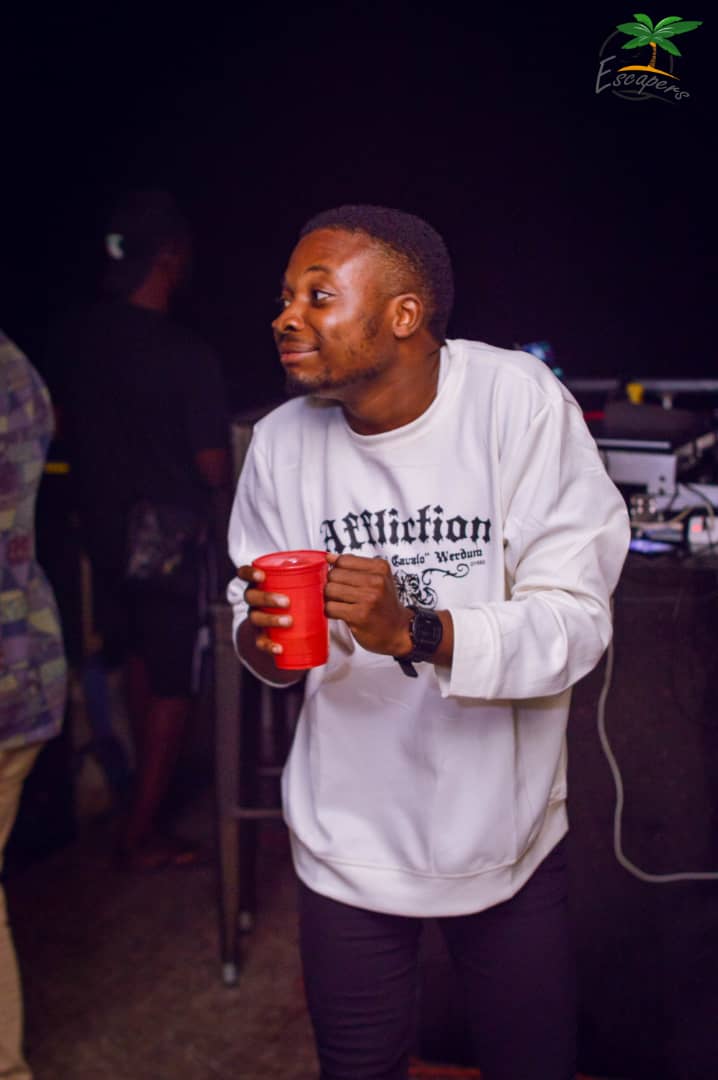 THIS IS A STORY I SHOULD HAVE KEPT TO MYSELF.

I wish to write on a particular area where many people are conversant with, which is me being generally known as the Funny Man.

I want to share with everyone through this write up how it all started for me here in the lions den as a student MC.

It wasn’t that tough for me.

I must say it was easy for me to start stand up comedy and emcee to an extent, because right from time I had been in the comedy business only as a stage play actor.

I decided not go into comedy because I didn’t want to be a comedian who feasted on already thought out jokes. I wanted to be able to generate my own materials by myself.

So how did I go about it, I visited Google on how to write a joke, Google gave me the keyword, and that keyword helped me generate my first written joke and also subsequent jokes I crack on stage today. 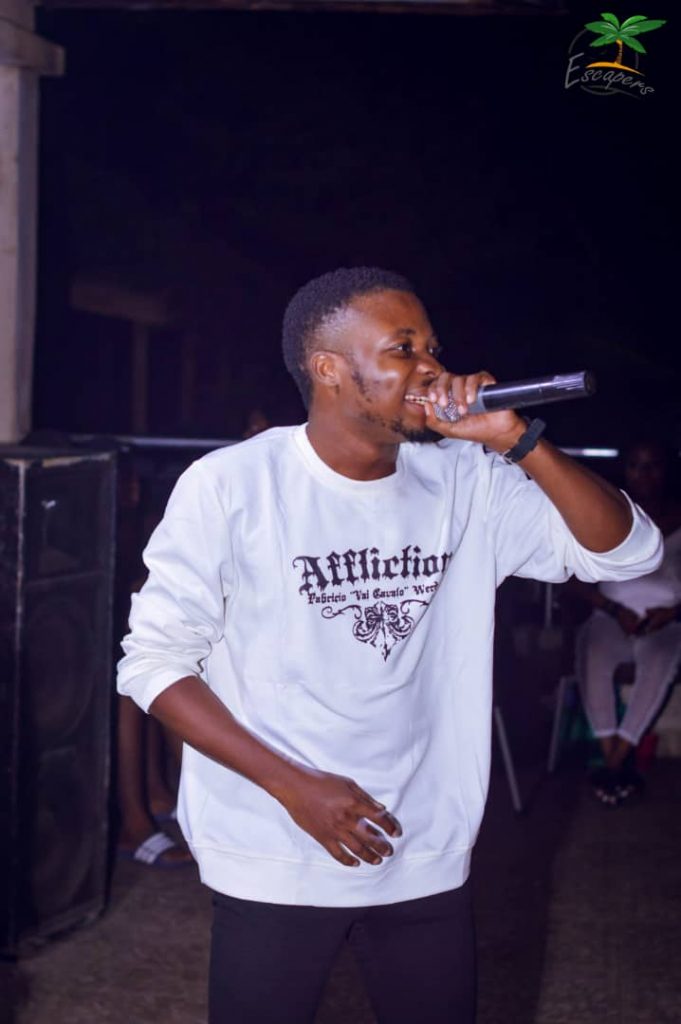 The truth Is, to make it as an Emcee or standup comedian in University Of Nigeria, Nsukka today, you need to be very funny and original, even in the outside world that is what is required of you.

I did my first prepared stand up comedy performance in UNN, at a church valentine program in 2014, Seat of Wisdom Hall was the venue, and it was a valentine’s day event organised by st peters chaplaincy, unn under the chaplain one, Monsignor Onoyima.

Prior to that time, I had already moderated some programs and simple birthdays with a very small audience and It was a good start. I didn’t do bad at all.

That Valentine’s day, I did okay and it was time for me to redirect my fans into the direction I was headed. I was only known for my acting but I needed to diversify.
My next breakthrough came in that year’s federation week hosted by NFC – The Nigerian Federation Of Catholic Students.
That was The turning point for me I must say. It was a one week event, I handled the first day with MC Muo. He was one of those trying to pass down power to new generation MC in school. 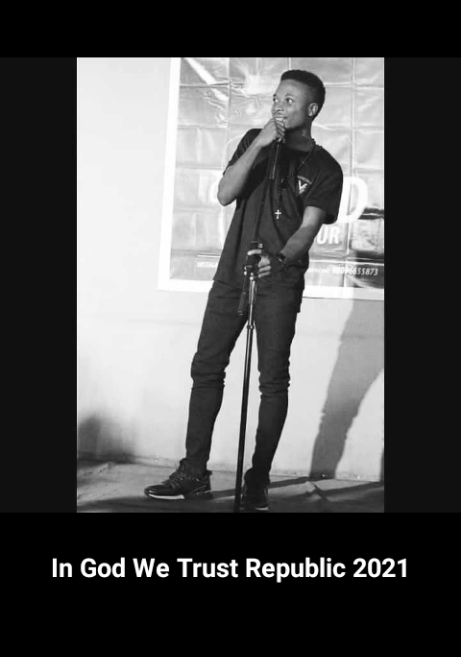 From that day onwards I had being involved in many forms of events which I won’t be mentioning.

Aside the Google thing, I also studied professional comedians whose style of comedy I found cool and interesting, I joined twitter and followed them up, I got closer to my radio, I started reading books,and all this attributed to the little successes I have had today.

The UNN comedy market is not tight I must say, because if you are talented and you know what you are doing, you will surely excel in it, same as the outside world too.

I started from the church, and the church is a good place to perfor. I am an observational comedian who doesn’t believe in saying raw and unpleasant things just to make the audience laugh.
Another thing I learnt from the student MC’s before me was that I found out they layed a legacy before leaving school, the likes of Adviser Momentum, The Expert All organised Events before leaving. The likes of uzor frank, uzor chris, MC MUO et al tried grooming someone before leaving which I am happy to benefit from.

I can gladly say I am the last of the rare breed, a son of the legendary Old emcee in school and the new generation point of call.

So this made me say to myself, I need to host standup comedy shows.
December 9, 2016 I hosted my first show ever in the school and it came with a lot of ups and downs.

Story for another day

May 6, 2017 I hosted my second event themed ”love in the dark” ,then later in the year I did a third event themed ”Getting it all Wrong” which I sold regular tickets at 1,000 naira.

In June 28, 2018 i did my fourth event themed ”Running Away From Reality”
University Of Nigeria, Nsukka has two campuses, I was known at the Nsukka campus but not really known at the Enugu Campus.

I needed to move out of my comfort zone.
After giving Nwali his first gig in UNN, he returned the favour and I got to perform in UNEC in December 2017 and May 2018.

I tried to touch both schools to get a feel of their audiences.

The story has being smooth for me because I had good friends and support, thanks to God,and Federation Theatre Unn.

I can proudly say I was never booed during a performance from the day I started till date.
This is one of my numerous stories. 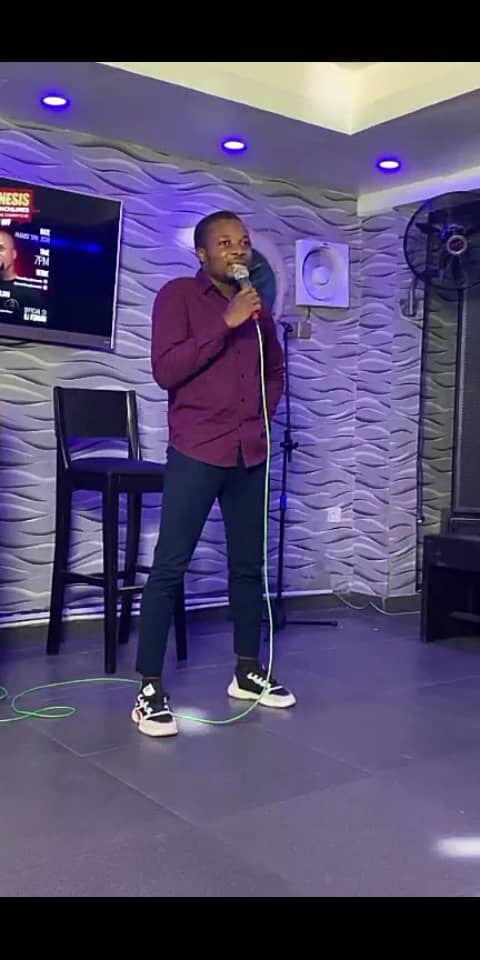 So dear upcoming unn comedian, the unn comedy market is yours for the taking once you do the following;
Being original with your jokes
Being simple, well behaved and tolerant to clients
Selling yourself with your work and not forcing it on peoples face that you are funny and can make them laugh
Making people laugh when necessary – you need to get paid so take it as a business
Organize your own shows
Be an all rounder, you will be sought for
Believe and follow God.
Have one girlfriend…just one or if you are a flirt, flirt with one.
Have something else that will bring income aside comedy
Read books
Graduate no matter how many extra years you might have.
Never give up

There are people who I give credit to till today for what they did consciously and unconsciously to help me get to where I am now, these people are Quinee, Okenwa, MC Olivia, Mmegwah Chinedu, 2tinz comedian, Dj Salvatore, Nwali, Sproto, Uzor Chris and many others who never failed in getting tickets to my event.

This is a part of my unn story.