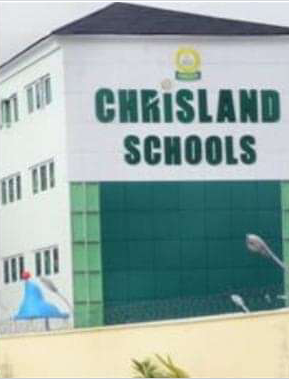 Ubi Franklin, a Nigerian socialite and music executive, took to Twitter yesterday to reveal the terrible incident of a friend’s 10-year-old daughter being raped during a school competition in Dubai.

In a series of Tweets, Ubi mentioned that the little girl was selected to represent her school in a sporting game in Dubai. He said while at the competition, the girl was raped, video tapped and the video was posted on Instagram a month ago

”Just got off the phone with a friend of mine. His 10 year old daughter was selected to represent her school at the World School Games in dubai. His daughter was r**ped by fellow students, video tapped and posted on Instagram and the school concealed it for a month.

He found out on his own when another parent called his wife and showed his wife the video of his 10 year old daughter being circulated on Instagram. I have spent the last 1hour listening to confessional statements by some teachers and I am begging this should rather be a dream.”

”UPDATE ON MY PREVIOUS POST. This school took the girl from her parents that they wanted to conduct a Covid test and the school rather took the girl for a pregnancy test. As we speak the girl has been SUSPENDED from the school. Some things don’t make sense at all”

VIDEO!! The heartbreaking moment a 10-year-old girl from Lagos’ #ChrislandSchool Opebi was reportedly gang-raped in Dubai.

A well-known music executive, @ubifranklin1, revealed the identity of the victim as the 10-year-old daughter of a friend of his. #ChrislandSchoolVideo #Rape pic.twitter.com/nF28jRqQRu 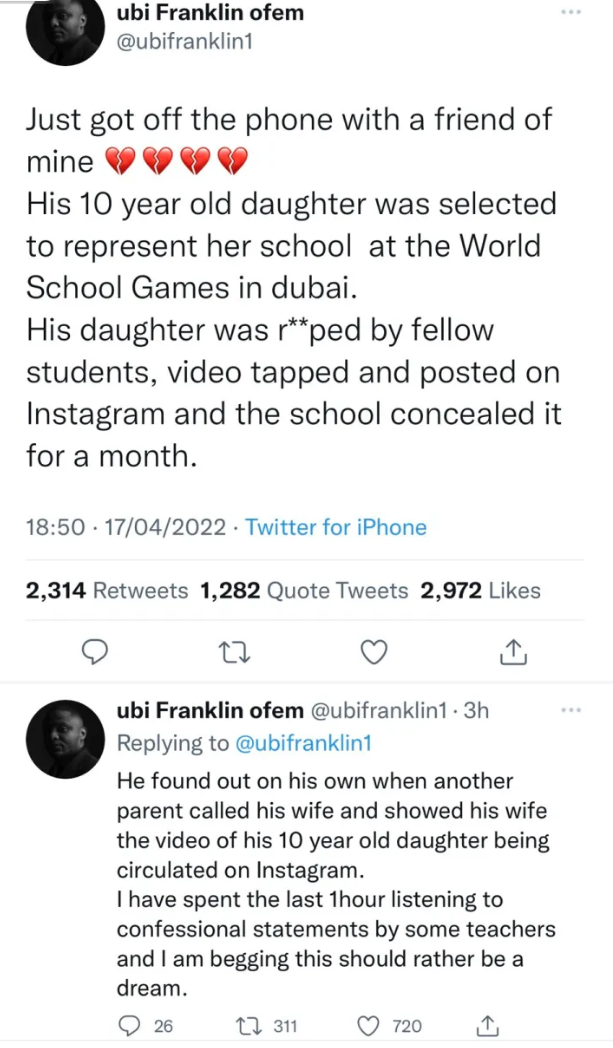 1 thought on “CHRISLAND : 10-year-old girl allegedly r@ped during a school competition in Dubai and a video of the incident was posted on Instagram (Leaked Video)”