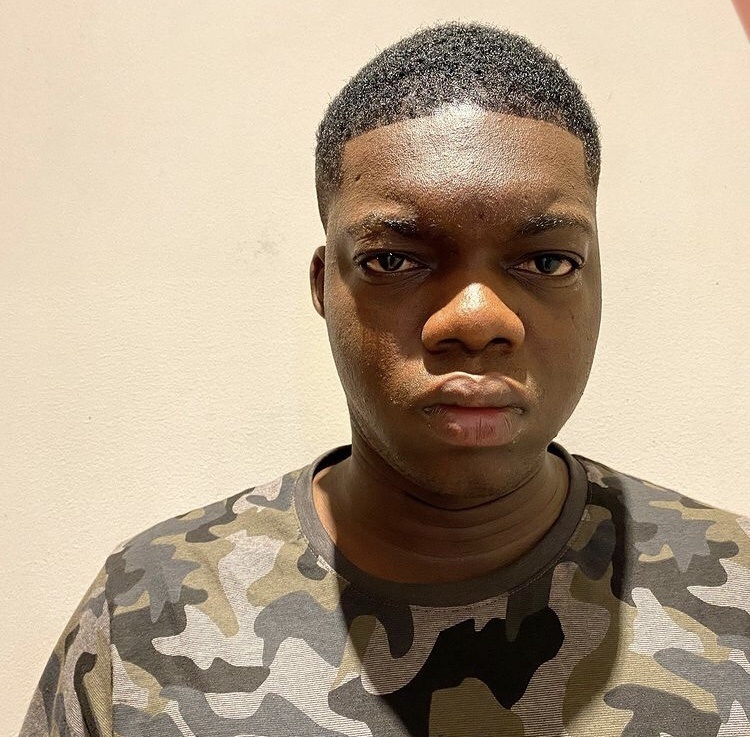 The Nigerian Navy has been alleged to have withheld the popular Instagram personality and comedian, Ahmed Gafar, known to many as Cute Abiola.

He was detained on Monday, 15th after he was paid a visit by the Security personnel. The visit was not perceived to be unusual since Cute Abiola was reported to be a Navy personnel.

While gathering reports, Cute Abiola’s wife and associates confirmed that the last time they heard from him was that same Monday, November 15.

Mr. Macaroni shared a post on the microblogging platform- Twitter where he noted that the entertainer was nowhere to be found. 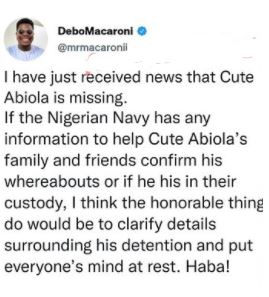 Cute Abiola’s associates and managerial body attested to this through a disclosure on their official Instagram page; that Cute Abiola was missing after he was escorted by Naval Officers on the 15th of November.

According to their reports, no one had heard from him nor did they know the offense he had committed. The crew also posited that the skit maker had not been given any food or water since his arrest as they were not allowed access to him.

This was the statement tendered by the Cute Abiola crew:

“THE CUTE ABIOLA IS MISSING!!! Ahmed Gafar popular known as The Cute Abiola left his house for office at Navy Town at about 06:00 am on the 15th November 2021 and got to the office at about 7:00 am or thereafter. While he got to the office, he called his wife and associates that he had gotten to the office.

“Subsequently, his wife and other associates have made several attempts to contact him but to no avail. Since he last communicated with his wife and associates that he already got to the office, he has not returned to his family and no one has heard from him till this moment.

“It was subsequently gathered from a reliable source that he has been locked up in the Nigerian Navy cell since he got to the office yesterday morning till the time of posting this information without being fed and no date has been stated for his release from custody.

“The most frustrating part is that nobody is saying anything as to the offense he has committed, but that he’s been detained on an order from the Nigerian Navy Headquarters.

“This unfortunate situation has rendered his wife emotionally tortured and traumatized as The Cute Abiola is an Ulcer patient. Hence, not feeding an Ulcer patient as punishment for an undisclosed offense is something to be worried about to avoid unnecessary circumstances with regards to the health of The Cute Abiola.

“This is a call for help on the President of the Federal Republic of Nigeria, Vice President of the Federal Republic of Nigeria, The Senate President, The Speaker of the House of Representatives and all well-meaning Nigerians to please help us call the attention of the Nigerian Navy to release him as they have been unable to disclose the offense he committed to warrant the perpetual detention.

Signed: The Management of THE CUTE ABIOLA ENTERTAINMENT LTD”