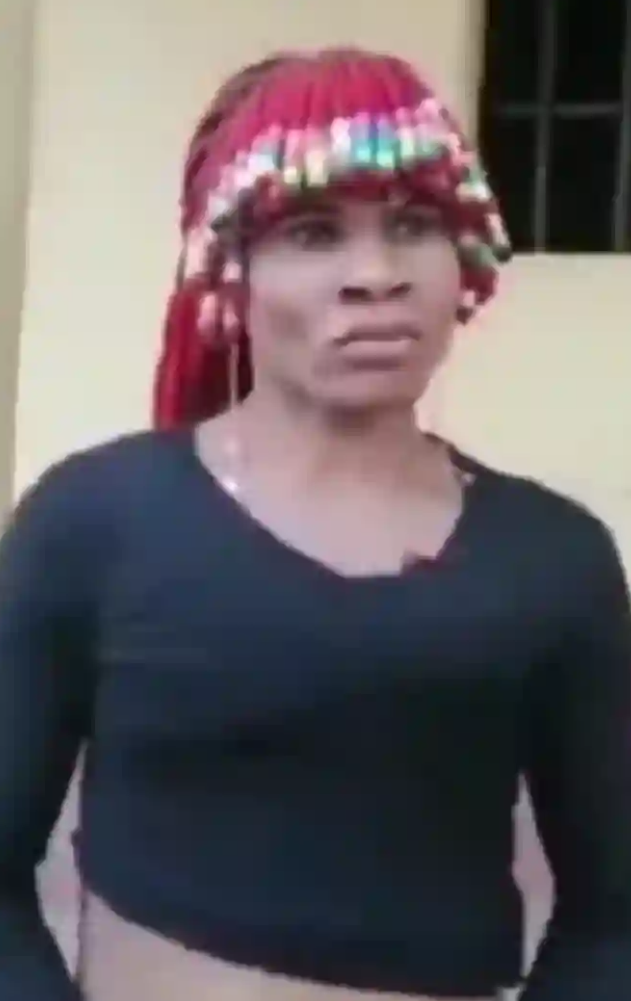 According to report, a crossdresser named Amarachi was apprehended in Asaba, Delta state.

During her interrogation, Amarachi stated in a viral video that he is from Imo state but lives in Lagos. He claimed he came to Asaba for a dancing program and was having sexual relations with two men in an area frequented by commercial s3x workers when he was apprehended.

He claimed he was walking down the streets where commercial workers used to congregate when two men approached him, and after they bargained and promised him N1500, he agreed to have s€x with them.

Amarachi stated that he has been doing so since 2016.