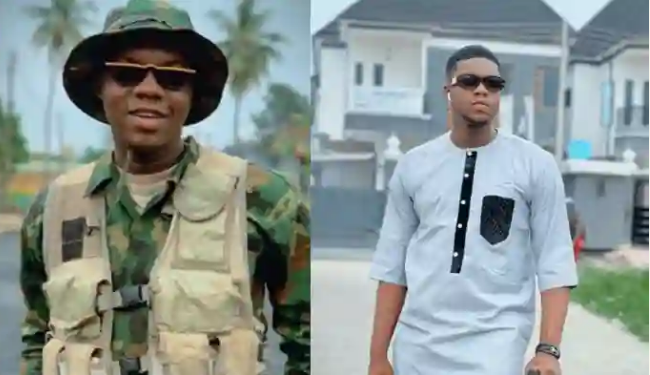 Abdulgafar Ahmad, a naval officer and Instagram comedian known as The Cute Abiola, is yet to be released from the Nigerian Navy’s detention for ‘violating and breaching Armed Forces of Nigeria social media policy.’

Friends and family reported him missing on November 16, a day after he left home, but the Naval Command confirmed he is still in its custody as of today, making his detention ten days.

According to report , Commodore Suleman Dahun, Director of Information, Navy Headquarters, said Ahmad (Cute Abiola’s) case is an administrative problem that is being handled administratively.

The Naval spokesperson when asked whether the comedian has been released, said, “An administrative process is on regarding the matter. Period!”
Meanwhile, he had earlier released a statement stating that the skit-maker flouted a direct order to report to the office.

The statement read: “Cute Abiola is not missing !!! He is in custody for breaching Armed Forces Social Media Policy.

”The young man was found to have breached the social media policy while he was on leave. So he was recalled, asked to come back, but he refused until he completed his leave which is a disobedience to particular orders”.