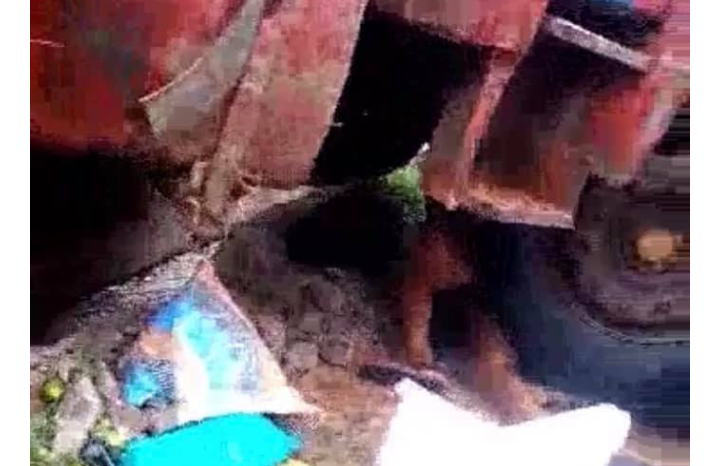 An accident which occurred yesterday June 12, at Omoba Road in Ogbor Hill community of Aba, Abia state claimed the life of a middle-aged woman identified simply as Mrs Ekenta.

An eyewitness who Shared the video of the accident on social media, said the sad incident occurred after the driver of the tipper truck lost control of the vehicle which suffered a brake failure.

While the woman’s daughter and the driver of the tricycle a.k.a Keke Napep jumped out of the tricycle, she was however unlucky as she was crushed to death by the tipper truck while trying to jump over the nearby gutter.

It was also gathered that the woman’s other daughter recently died during childbirth, leaving behind two children which the deceased was taking care of before her death.