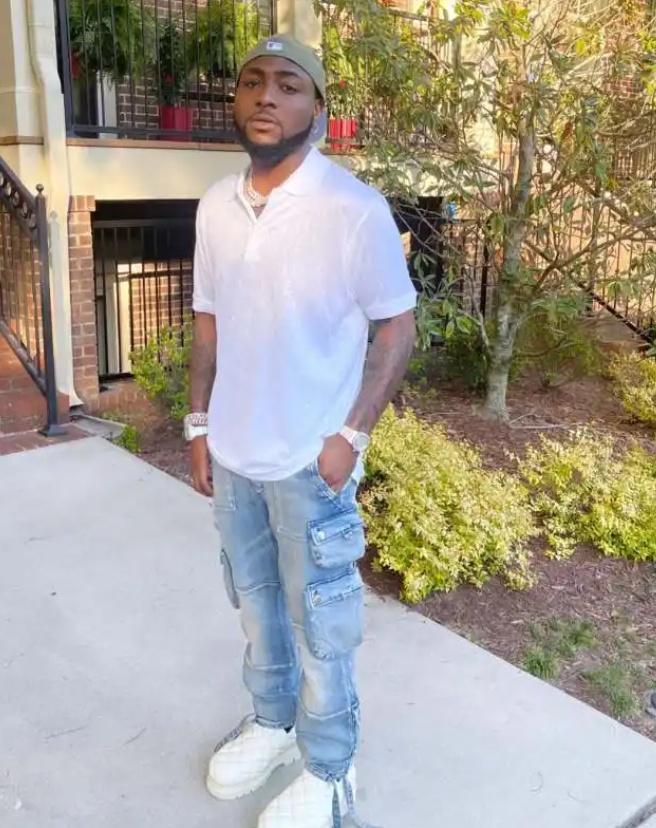 Davido, a Multiple award-winning singer has been accused of stealing a hit track ‘Jowo’ from his colleague in the music industry, Victor AD.

‘Jowo’ is a track off Davido‘s hit album ‘A Better Time’ and it has been well received by fans and lovers of good music across all streaming platforms.

However, a fan identified as Thuglife on Twitter claimed Davido stole the song. 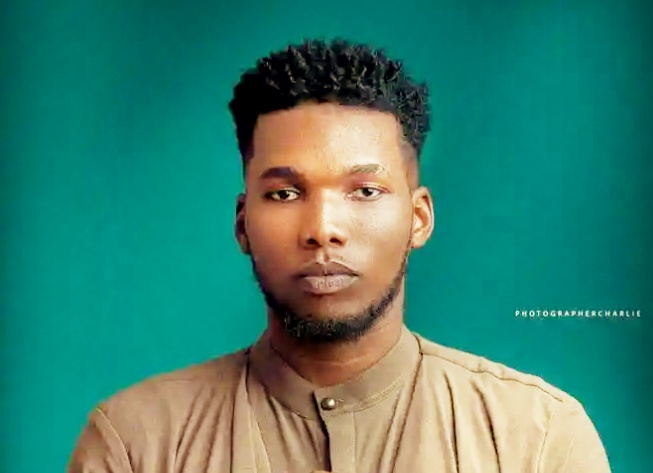 The fan who seems to be sure of himself noted that Victor AD confronted Davido after he had stolen the hit song but he blocked him from all his social media pages and threatened to destroy him if he mentions it publicly.

This accusation is coming out just when Davido is celebrating his tenth years in the music industry. 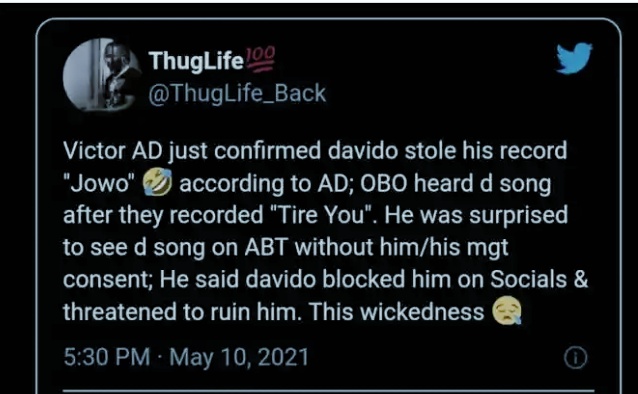