Governor Godwin Obaseki of Edo state has joined the Peoples Democratic Party (PDP), days after resigning from the All Progressives Congress.

The Edo state Governor who was disqualified from seeking reelection by the ruling All Progressives Congress(APC) on the grounds of having “defective qualifications”, declared for the PDP at its state secretariat in Benin. 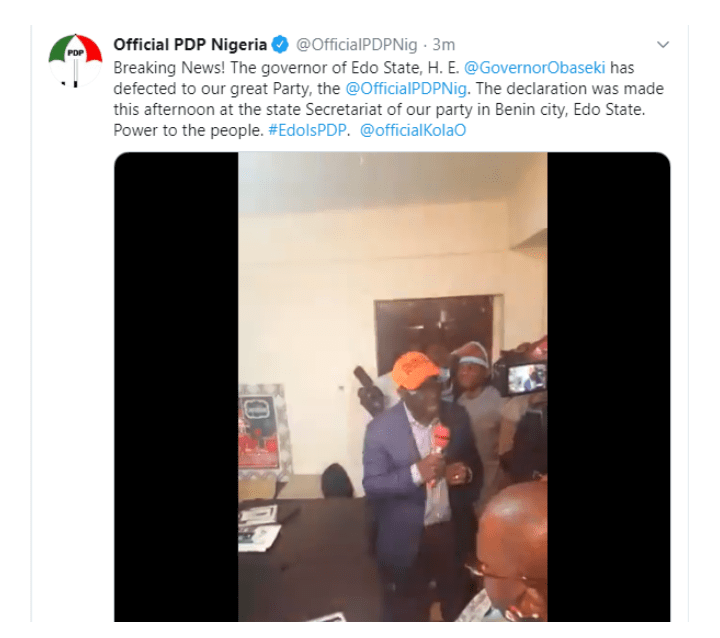