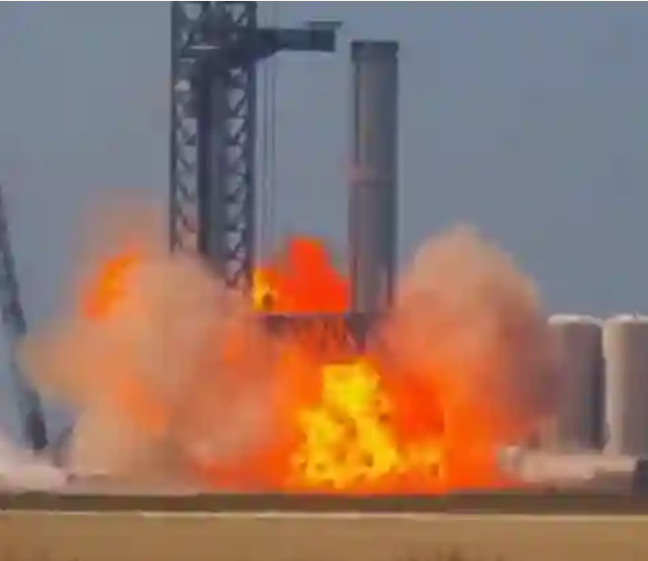 Elon Musk’s SpaceX has suffered a fiery setback after a booster rocket for its Starship spacecraft caught fire during a ground-test firing.

The space company’s Super Heavy Booster 7 prototype exploded during a Monday test in Texas, as seen in a livestream recorded by the website Nasa Spaceflight. 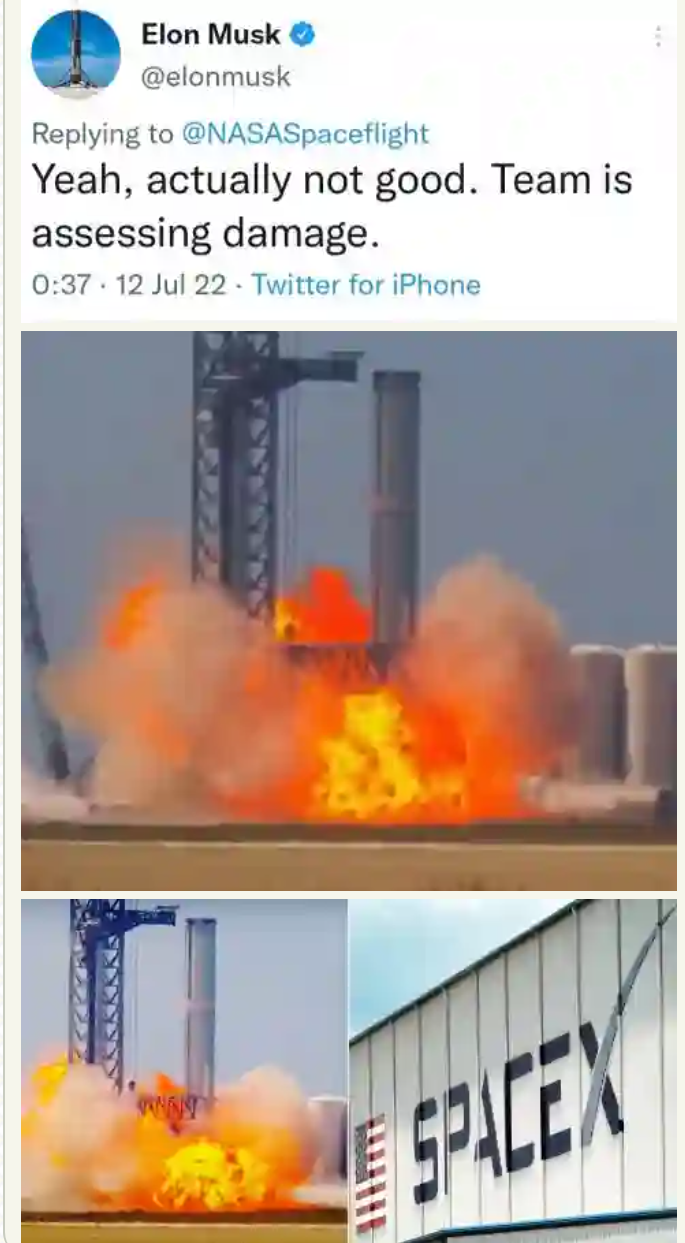 The explosion engulfed the rocket’s base in a ball of flames and heavy smoke, shaking the video camera. However, no injuries were immediately apparent.

‘Going forward, we won’t do a spin start test with all 33 engines at once,’ Mr Musk said on Twitter, explaining that the issue was was specific to the engine spin start test.

The booster remained upright after the explosion, bolted to a test gantry.

The booster was outfitted with 33 Raptor engines for use in an uncrewed orbital test flight that SpaceX hoped to launch later this year.

Musk’s goal of launching Starship into orbit this year is likely to be derailed by the explosion.

The Starship is central to Nasa’s plans to return to the moon, as well as Musk’s mission to transform humans into a “interplanetary species,” beginning with Mars.

SpaceX’s proposed Super Heavy rocket program in Boca Chica was approved in June, subject to dozens of conditions. It is unclear whether the US Federal Aviation Administration (FAA) will look into the explosion.