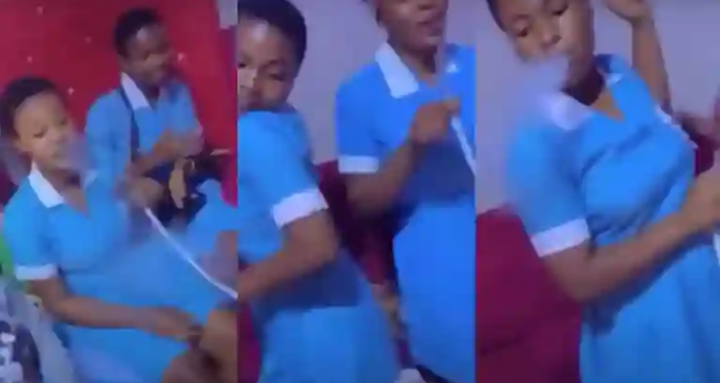 The girls were seen smoking from a shisha pipe as they gathered in a room in the video, which elicited mixed reactions.

The girls’ school was reportedly suspended after the video went viral, eliciting a wide range of reactions.

Below were some reactions that trailed the video

On this note: if am on some demon time shit and someone takes their phone to record…..slllaaaappp paaa

Free sha ooo . Hmmm they parents aren’t paying school fees that is why they are misbehaving

Watch the video below ;