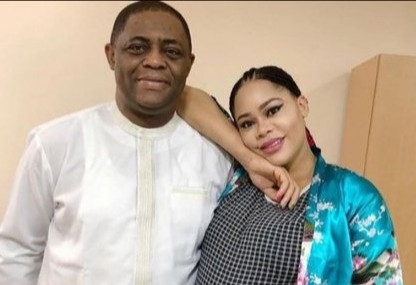 Femi Fani Kayode, the former minister of Aviation, has published a counter-affidavit on 26th October against his alienated wife, in opposition to a petition she filed on 31st March 2021.

Femi Fani Kayode’s estranged wife, Precious Chikwendu, expressed her grievances over how she was ill-treated for asking to see her children. Precious alleged that Policemen were regularly sent to harass her anytime she shared a social media post of herself in a cheerful mood. She also claimed that an unidentified person kept summoning and fighting her in court, over pointless cases.

Femi Fani Kayode reacted to the allegations with a counter-affidavit, where he stated that Precious had 12 nannies, assigned to care for their children, not including the nurses and supervisors, who attend to their every need.

Femi Fani Kayode pointed out that Precious was only playing victim, and did not desire to be with them inwardly. He also noted that Precious usually had uninterrupted video and audio calls with the children.

FFK presented that the only time he had let the police intervene in their issues was only when Previous had an affair with a Naval Officer. He added that the acclaimed officer accused Precious of misleading him, into thinking that she was single, and thus led to a violent episode.

See pictures of the counter affidavit below: 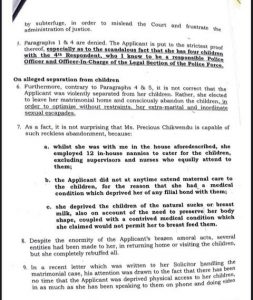 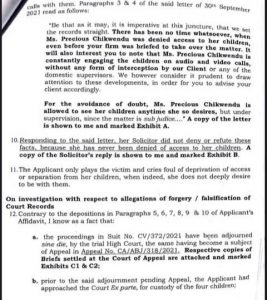 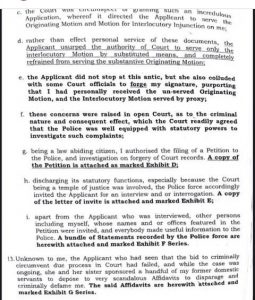 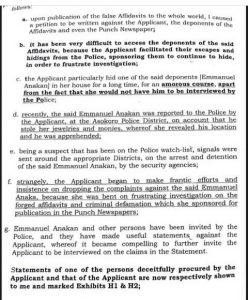 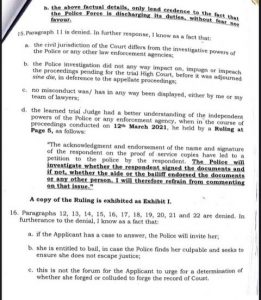 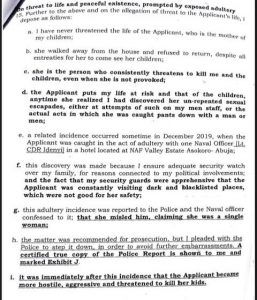 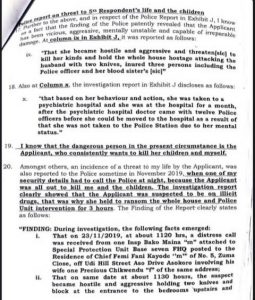 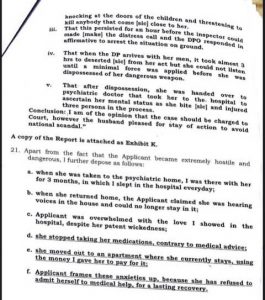