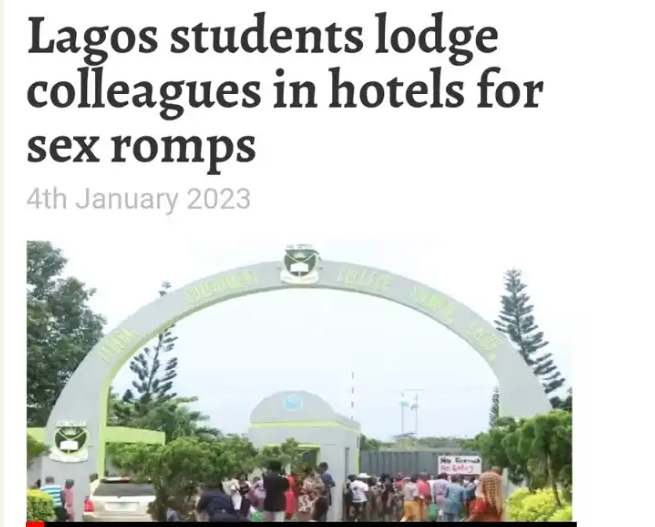 Some students from the Federal Government College in Ijaniki, Lagos State, were apprehended after fleeing school to lodge female classmates in hotels for sex romps.

According to reports, it was gathered that the students, who were all boarders, had jumped the school’s fence with their female counterparts on multiple occasions and stayed out of school for days.

Our correspondent discovered that the students involved in the act ranged in age from 14 to 17.

It was discovered that some of the students, approximately seven males and five females, had been leaving the school unnoticed for more than three sessions, including the recently concluded first term.

However, the school administration became aware of the antics after one of the students impregnated a female colleague.

According to a source, the students also engaged in threesomes and heavy drug use, including codeine and molly.

“There is a possibility that some staff are also involved in the whole atrocities because how will a secondary school student leave the school environment for days without anyone noticing? Some of the staff are benefiting from it somehow,” he added.

Some parents, who spoke to our correspondent on the phone, blamed the school management for negligence.

They also lamented an alleged plot to cover up the scandal.

A parent, who asked to be identified only as Alex, said, “This is happening because of the negligence of the principal and the housemasters and mistress. If something like that goes hidden, my children are in that school; they can become victims.”

Another parent, Johnson Smith, said the school failed in its duty to protect students in boarding houses.

He said, “The management needs to intensify efforts at cleansing the school because these bad eggs will corrupt our children. Something urgent needs to be done in ensuring that discipline is restored.”

Olusola Tokede, the Chairman of the school’s Parent-Teacher Association, confirmed that some students had left the school.

He, on the other hand, denied that the school was attempting to cover up the incident.

Tokede insisted that the students were apprehended at hotels by school administration on two separate occasions after their absence was noticed.

He went on to say that some of the students involved had been expelled, while others had been suspended.

The PTA president also revealed that the school had hired local security guards to keep an eye on the environment.

He said, “We were the ones who told the parents about it on the platform (WhatsApp). I don’t know why some parents are trying to be mischievous by saying the school did not do anything about it.

“If parents failed to train their children, they will pollute others. Can you imagine a child between ages 15 and 16 having up to N1m in her account? They went to do twosome: two girls, one boy. They were caught before the end of last session. You can imagine that a 15-year-old that should be a virgin is already engaging in immoral activities. They are rotten from their various homes and we are working hard to stop them from polluting others.

“It is not correct to say we have not done anything. We are trying, but you know that no matter what we are doing if a child is not well trained at home, they will always come up with such acts. We have sent out warnings that I will not spare anybody; it is really an unfortunate situation.

“One of the students was expelled because she was pregnant. We also expelled the boy that impregnated her. Some of them that were caught were also suspended, but they will be allowed to come back to write the exam. Everything we are doing, we are trying to marry everything together being a parent and a teacher.”

Efforts to get the school proved abortive as the phone number attached to its Facebook page did not connect.

A teacher in the school, who said he was not around when the incident happened, refused to release the contact of the principal, Mrs Tofunmi Akamo.

The PTA chairman, when asked to assist, said the principal was outside the country and was unreachable.

DOWNLOAD MP3A bedroom tape featuring a man with striking resemblance with Ghanaian singer, rapper, and songwriter, Black Sherif aka Blacko has hit the internet. The… DOWNLOAD MP3A lady was filmed performing what appears to be oral sex on her man inside a canteen in the University of Lagos UNILAG, in… 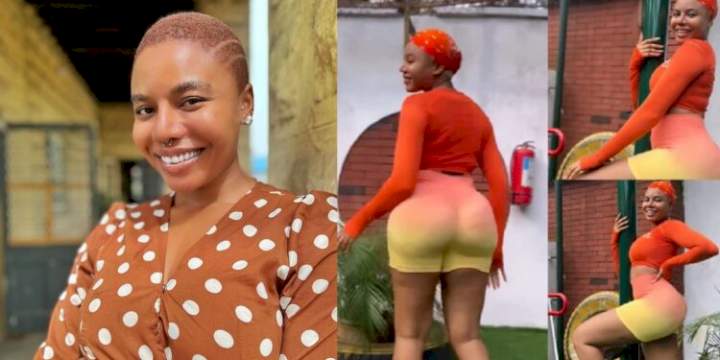 DOWNLOAD MP3Popular Nigerian TV Host and Actress, Nancy Isimi is trending on social media due to a recent short video she shared. In the video,… 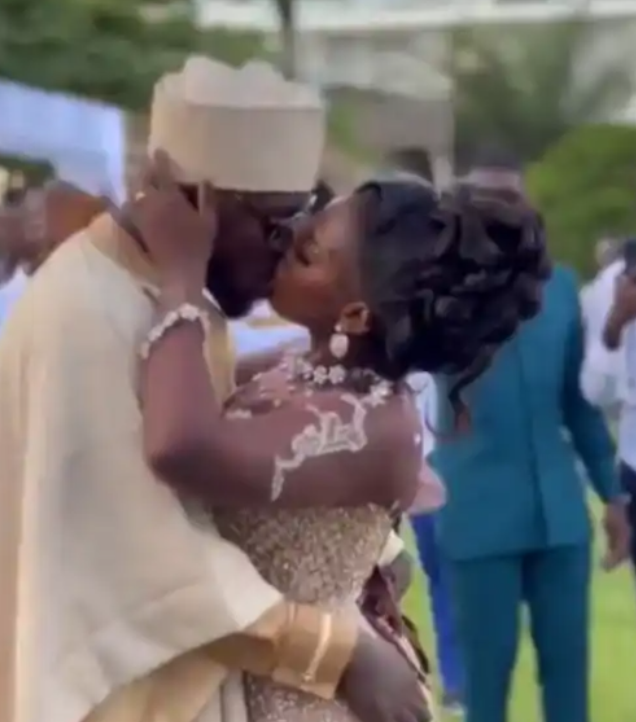 DOWNLOAD MP3A video of a Ghanaian couple kissing passionately during their wedding ceremony has gone viral. Their friends were drawn to the scene and sprayed… 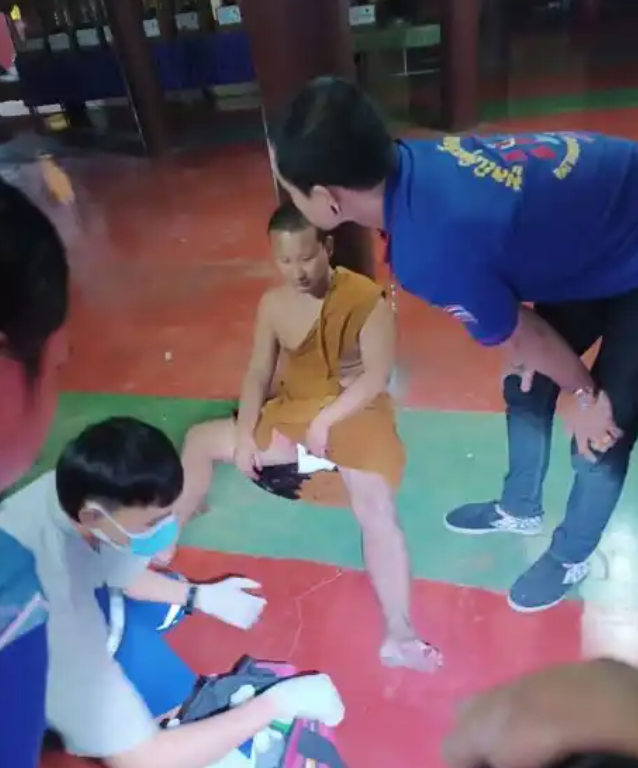 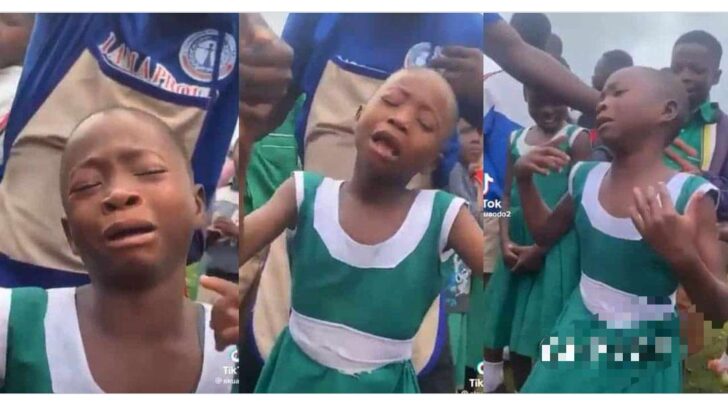 DOWNLOAD MP3An adorable Ghanaian schoolgirl is trending after dramatically pouring out her emotions over a heartbreak song in a viral video on social media. The…