In an annual UN-sponsored index, Finland was declared the world’s happiest country for the fifth year in a row, while Afghanistan was rated the unhappiest.

Before Russian tyrant Vladimir Putin ordered the attack of Ukraine, the newest list was compiled.

Denmark is ranked second happiest on the list, followed by Iceland, Switzerland, and the Netherlands.

Jan-Emmanuel De Neve, a co-author of the index, said: ‘This presents a stark reminder of the material and immaterial damage that war does to its many victims.’

The World Happiness Report, now in its 10th year, is based on people’s own assessment of their happiness, as well as economic and social data.

It assigns a happiness score on a scale of zero to 10, based on an average of data over a three-year period. 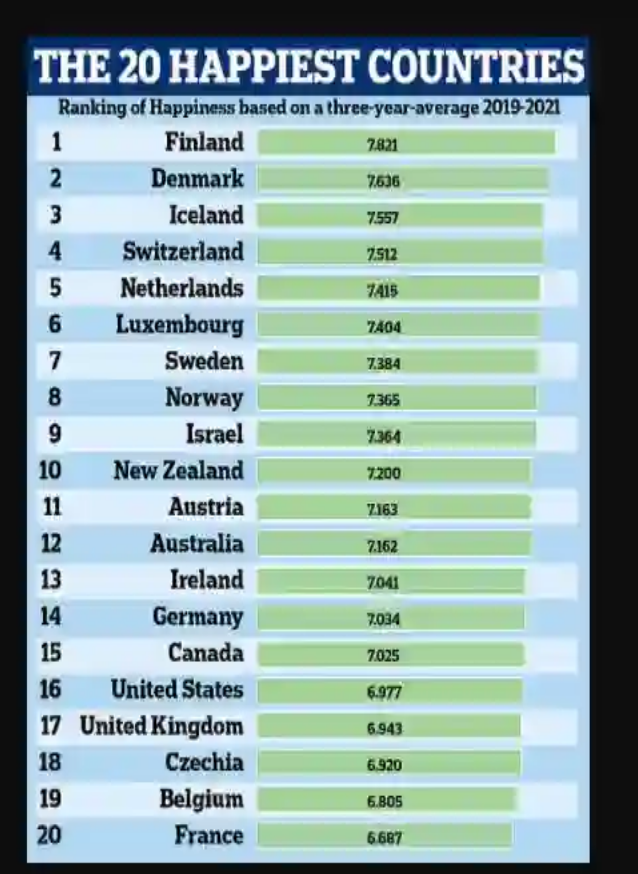 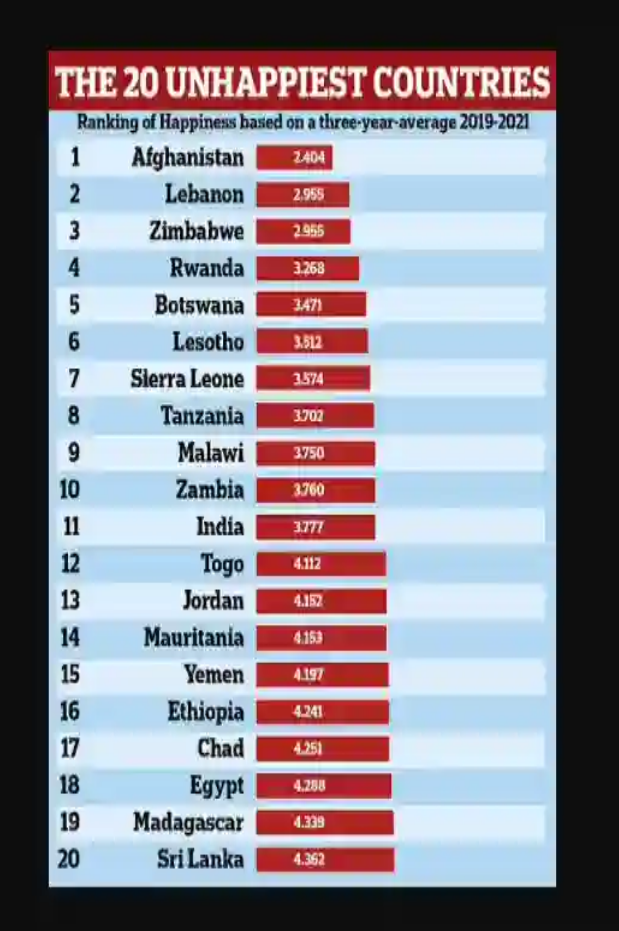 Do you find 9jadailyfeeds useful? Click here to give us five stars rating!
Tags: Finland