The former police commissioner passed away at Reddington Hospital on Lagos Island.

Balogun served as the Inspector General of Police under former President Olusegun Obasanjo.

While Nuhu Ribadu was in charge of the Economic and Financial Crimes Commission, he had issues with them.

The manner in which he was handcuffed and embarrassed by EFCC operatives as a sitting IGP drew criticism from the public.

He went underground shortly after his court trial and nothing more was heard about him until his death.

As of press time, details about his death remained hazy.

However, no official confirmation has been issued by the Police Headquarters, as the high command is reported to have stated that they have yet to be informed of his death by his family, as is customary, as of the time of filing this report.

Do you find 9jadailyfeeds useful? Click here to give us five stars rating!
Tags: Tafa Balogun 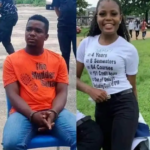 Uduak-Abasi Akpan Sentenced To Death For Murder Of Iniubong Umoren