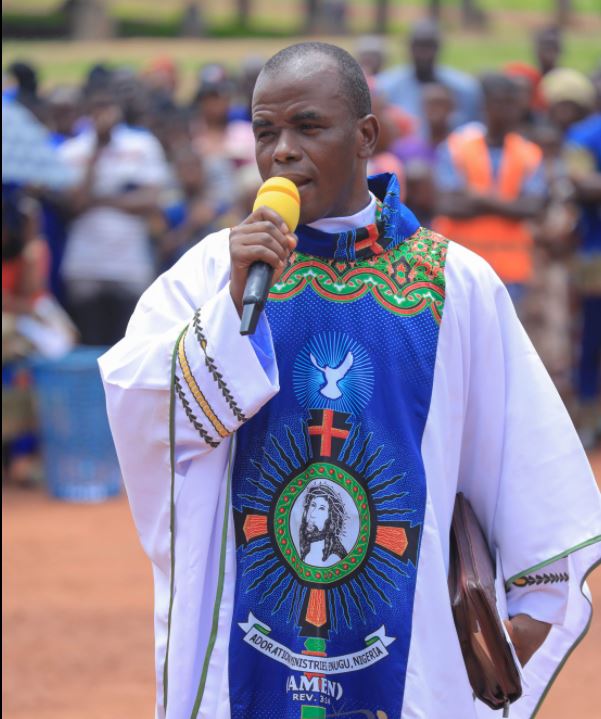 Reverend Fr Ejike Mbaka, the Spiritual Director of Adoration Ministry, Enugu has made a prophecy of a foreseen plot for his death.

The Cleric alleged in a video through his Facebook account, on Friday, 29th, that some individuals were making plans to kill him.

Mbaka pointed out that those persons were intending to shield themselves under either the banner of the Indigenous People of Biafra or the Federal Government of Nigeria for his assassination.

Even amid all the heat, Mbaka expressed that he was not afraid of anyone, or those planning his death. He encouraged them that they should dare to kill him, he serves the living God and is not alone. Mbaka noted that his strength and encouragement came from spiritual beings. He mentioned that they gave him authority to command principalities.

Mbaka wondered why some people were after his life. He included that he was not a preacher of hate, but if he was commanded by God to prophesy against wrong actions, he would do that. He ended by saying that his primary assignment was to preach the good news for the conversion of sinners, and he does not have the power to stop them from coming to his church.

However, at the time this post was published, Mbaka is still Hale and hearty, and addressing the members of his congregation.

In the prophecy, the Catholic priest failed to give information on what his death plot would be like, neither did he state when the plan would be hatched.