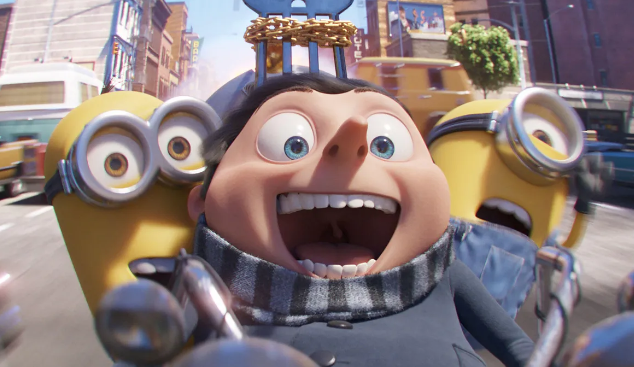 Hundreds of teenagers are dressed to the nines and flocking to theaters to see the latest Minions film, Rise of Gru. 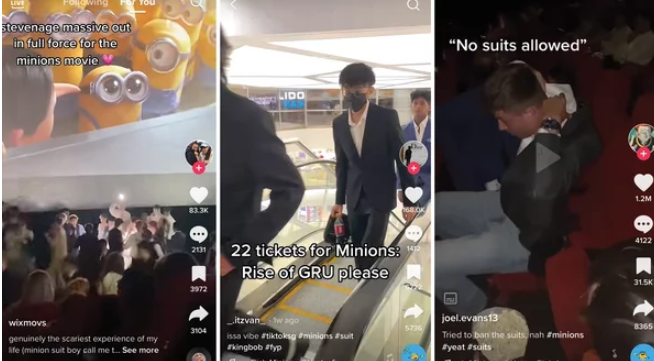 The Gentleminions craze, a TikTok trend in which young men put on suits and sit for screenings, has made headlines for ushering teens into Minions screenings and allegedly causing disturbances at some theaters.

You may have noticed the trend on social media or even encountered a tie-clad moviegoer while watching the family film in person. Whatever brought you here, you most likely have questions.

It all started with a meme and has since grown into a viral trend that even Universal is backing. However, seeing groups of teenagers dressed in traditional formal attire to see an animated film is so subversive that some theaters began denying entry to the well-dressed moviegoers, owing to some of the groups’ behavior.

Here’s a quick rundown of the #GentleMinions TikTok trend, including what it is, how it began, and how Yeat became entangled in it.

What exactly is the Gentleminions trend?

According to TikTok videos, the Gentleminions trend entails dressing up in a nice suit, gathering a group of friends who want to do the same, and striding confidently into a Rise of Gru screening. After all, you do look dapper.

It gets even more ridiculous. Others joined a circle of people bowing to a Minion mascot outside of a theater, while some snuck in bushels of bananas.

Because the videos aren’t grouped under a single TikTok sound or hashtag, it’s difficult to say how many people have taken part in the trend.

Many videos, including the two mentioned above, feature the song Rich Minion by rapper Yeat. TikToks with the hashtag #Gentleminions have received over 28 million views.

Why are teenagers participating in the trend?

After a long wait, some teens participating in the trend appear to be excited to see another Minions/Despicable Me film. (Despicable Me 3 debuted in the summer of 2017 five years ago.) In their videos, users stated that they “waited five years for this” and that “the five year wait is over.”

“I’m sure a majority of people in my generation — because we grew up with the ‘Despicable Me’ movies — now have nostalgia and enough money to see it on our own,” one Gentleminons participant told Variety.

I’d imagine it’s also entertaining to join in on a meme and recruit your friends for some harmless shenanigans. At its most basic, the trend appears to be an excuse for friends to get together for a movie. Regrettably, some participants appear to have chosen a more disruptive path.

Why are Gen Z teenagers dressed up to see ‘Minions: The Rise of Gru’?

When we say “suits,” we don’t mean the yellow shirt, overalls, and goggles combo popularized by the Minions characters. We’re talking about actual shirts, ties, pants, shoes, formal jackets, and even sunglasses on occasion. The overall effect is reminiscent of a Reservoir Dogs cosplay; “Little Green Bag” on the soundtrack would be ideal.

What do formal suits have to do with the ‘Minions’ film?

They have nothing to do with the film itself. The suits are popular for reasons other than the plot or overarching storyline of the franchise. If there is a link, it is that The Rise of Gru is a children’s film.

The suits defy expectations; there’s a visual dissonance between how people are dressed—as if they’re about to pull off a diamond heist—and the movie they’ve paid to see.

How have movie theaters reacted to the #GentleMinions?

They haven’t all reacted well; as the saying goes, the hammer goes to the nail that sticks out. A statement posted on the windows of Odeon theaters in the UK has gone viral: “Due to recent disturbances following the #Gentleminions trend, any group of guests in formal attire will be refused entry from showings of Minions: The Rise of Gru.” This ban is strictly enforced by theaters, both mainstream and independent.

“It’s been absolutely heartbreaking,” said another Mallard Cinema spokesman. We’ve had families refuse to return to the screen when we’ve tried to resolve the issue, families leave before the film has even begun, and, of course, the children have been in tears.”

Theaters in the United States have dealt with these issues on a case-by-case basis, evicting teenagers for disrespectful behavior but refraining from issuing blanket bans or enforcing dress codes for all patrons.

Is the Gentleminions trend causing problems in theaters?

Participants in the Gentleminions are said to have caused disturbances in at least two theaters.

According to the BBC, a theater on the English Channel island of Guernsey canceled screenings of the film after moviegoers who followed the trend engaged in “vandalism, throwing objects, and abusing staff.”

According to the news outlet, a UK cinema stopped admitting “unaccompanied children wearing suits” to Minions screenings, and cinema employees claimed that attendees were making loud noises during the film.

“It’s been absolutely heartbreaking,” the Guernsey theater’s manager told the BBC. “We’ve had families who won’t even go back into the screen when we’ve tried to sort it out, families leaving before the film has even started, and of course the children have been in tears.”

During my social media scroll, I did come across two videos that appeared to show attendees jumping up and down during a screening and yelling loudly in a movie theater bathroom.

So, what do they do once inside the theater?

Have you seen the film? However, some of them, like Gru, steeple their fingertips together. Others consume bananas. The vast majority of adolescent fans have been courteous and well-behaved.

However, a small group of teenagers has been more disruptive, cheering, throwing bananas at projection screens and other people, moshing in the front row, and generally being a pain in the ass.

But, once again, it is a minority. The difference between reckless teens and well-behaved moviegoers is small, but everyone is being lumped together.

However, movie screens are costly and can cost thousands of dollars to replace. Certainly, an independent theater lacks the resources and budget to deal with such a situation. Any viral trend that causes harm has gone too far.

How is Yeat involved in all of this?

Cole Bennett, the founder of Lyrical Lemonade, directed the trailer for The Rise of Gru, and Yeat recorded a song called “Rich Minion” as background music. The lyrics are extremely meta, essentially bragging about how much money he was paid to record the song he’s currently performing:

“I made this song for like two million, you know I always win/Tried to save my Minions, make money, man, that’s all we did/I called my Minions up, they said, “That boy on red”/It’s bananas for the Minions and bread for my pockets.”

The background track for the majority of the viral TikTok videos of #GentleMinions is “Rich Minion.” Bennett and Zack Bia spoke with Complex about the song’s inspiration.

Do you find 9jadailyfeeds useful? Click here to give us five stars rating!
Tags: Gentleminions Minions