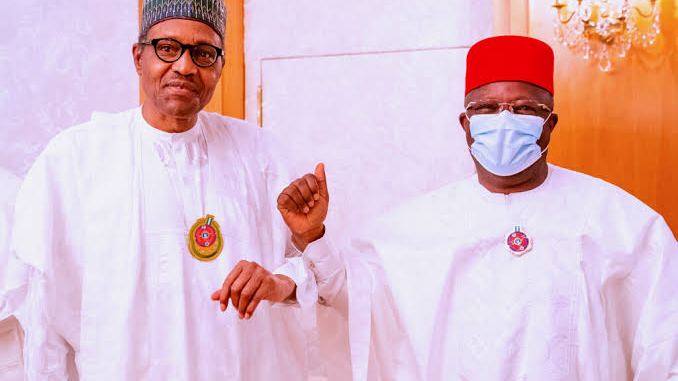 David Nweze Umahi, the Governor of Ebonyi State has refuted a statement which alleged that he was contacting the party members of the People’s Democratic Party, PDP; and making plans for his return to the party.

The Special Assistant to the Ebonyi State Governor on Media and Publicity, Mr. Francis Nwaze, conceived that Umahi was still under the All Progressives Congress, APC party.

In a statement published by Nwaze, Gov Umahi mentioned that would not have responded to the unverified publication, but he wanted to make the necessary clarifications, to avoid the misleading comments by a social media user, and to save the space from noise pollution.

The brief which read in parts stated:

“According to the publication, the acclaimed PDP’s Chieftain claimed that the moves by His Excellency to return to his former Party is due to the discovery that he was deceived into joining the All Progressives Congress, APC.”

“First, I like to confirm that the statement is completely false, it is aimed at painting our Governor black and causing bad blood between him and the crew members of the next level train in Ebonyi State and Nigeria at large.”

“It is worthy of note that His Excellency made a landmark departure from the opposition political party out of personal conviction and freewill volition last year for the obvious irredeemable marginalization of Ndigbo.”

“It is understandable that those on the other side of the divide still miss the leadership acumen of Engineer Umahi hence the reason they are now praying hard that the unexpected happens to bring back the genius to their fold.”

“But His Excellency has since moved on and has made the ruling All Progressives Congress, APC his home, enjoying the full compliments of being a party at the center, and does not need to even contemplate returning to the perforated umbrella.”

“While charging Dr. Isaac Nkole to beware of the existence of the laws on fake news, I urge the general public, especially the Stakeholders and members of the All Progressives Congress, APC in Ebonyi State and across the country to disregard the hoax which is one of the antics of opposition political desperados to severe the social cohesion and harmony existing in the Party out of jealousy.” 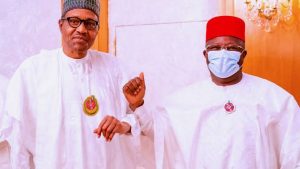