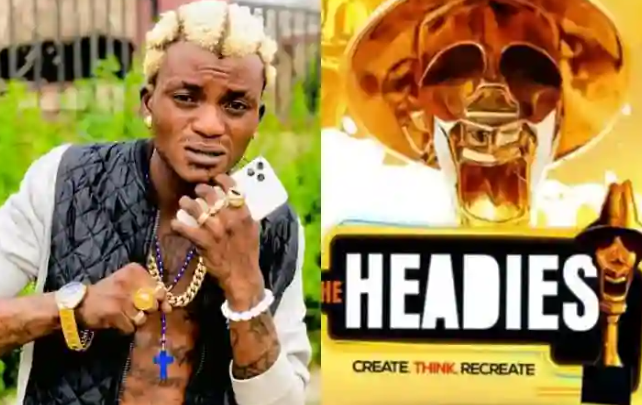 The 2022 Headies Awards organizers have threatened to disqualify Habeeb Okikiola, also known as Portable, for threatening to kill his co-nominees.

This comes after the controversial musician threatened to kill whoever beat him to the awards in a viral video if he didn’t win. 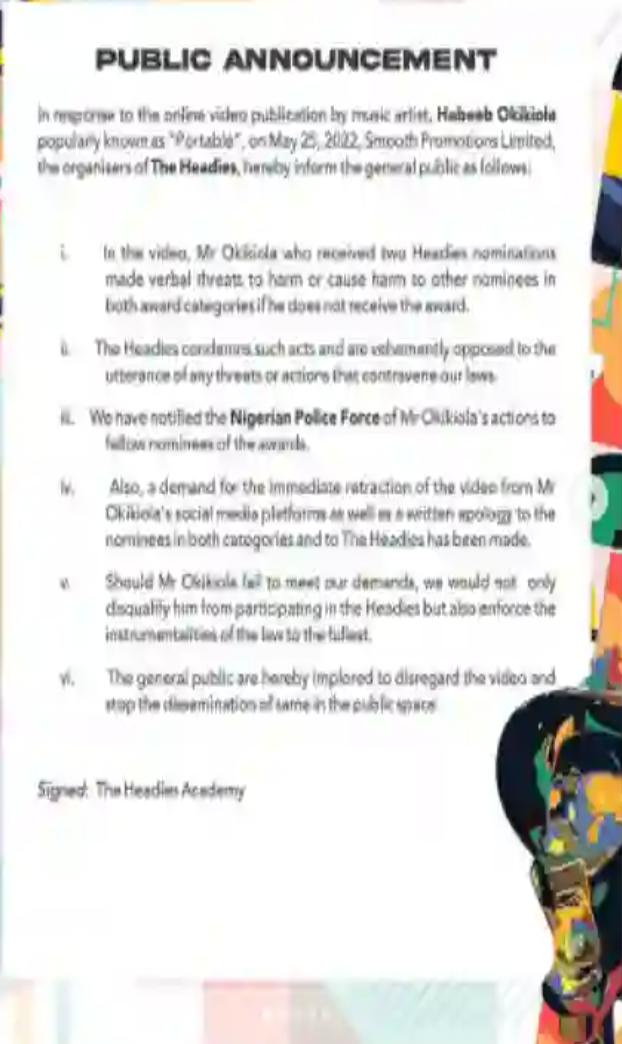 Portable received two nominations, for ‘Rookie of the Year’ and ‘Best Street-Hop Artiste,’ in the nomination list released on Tuesday, May 14.

Av, Fave, Magixx, and Ugocci are among the other nominees in the ‘Rookie of the Year’ category. 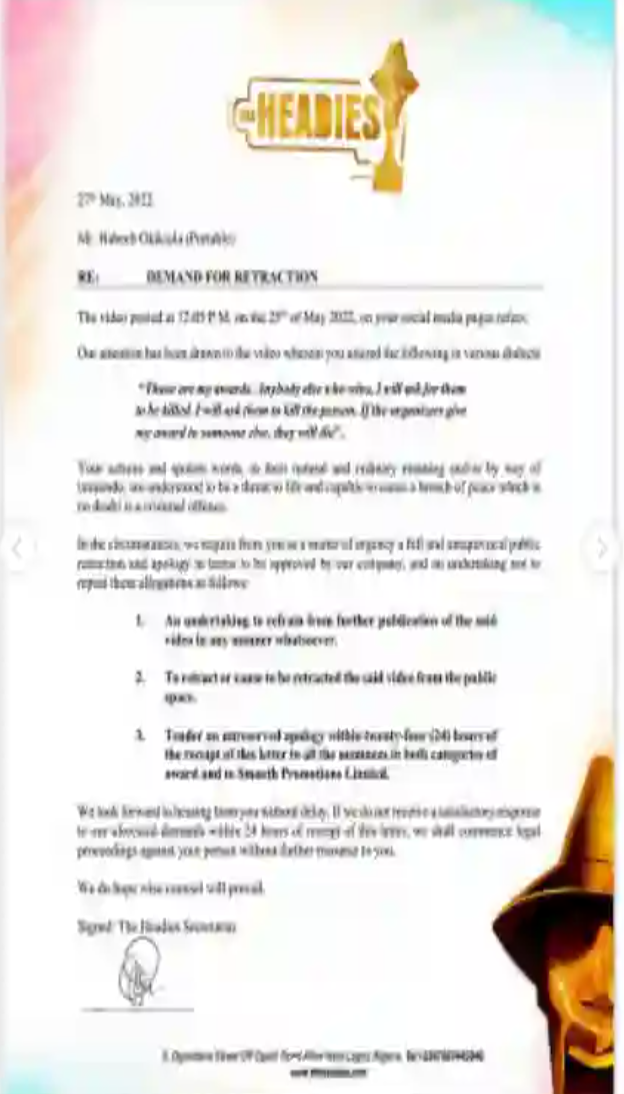 Bella Shmurda, Mohbad, Naira Marley, and Goya Menor are among the competitors in the second category.

Shortly after the news broke, the Zazuu’ singer moved to Instagram to threaten whoever won the 2022 Headies Award over him. 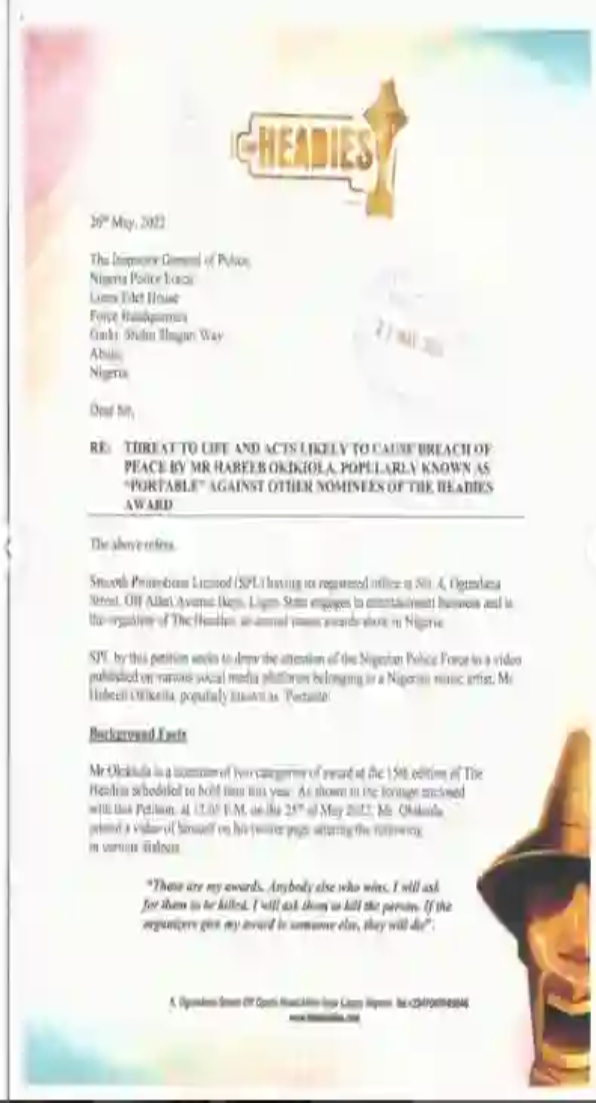 Reacting to the viral video, the award’s organizers in a statement issued on Friday, May 27, said it might be forced to disqualify the singer if he fails to retract his statement and issue an apology on his Instagram page.

The organizers also disclosed that they have reported the issue to the police.

“We have notified the Nigeria police of Mr. Okokiola’s actions to fellow nominees. Also, demand for the immediate retraction of the video as well as a written apology to nominees in both categories and to The Headies has been made.

“Should Mr. Okikiola fail to meet our demands, we will not only disqualify him from participating in The Headies but also enforce the instrumentality of the law. 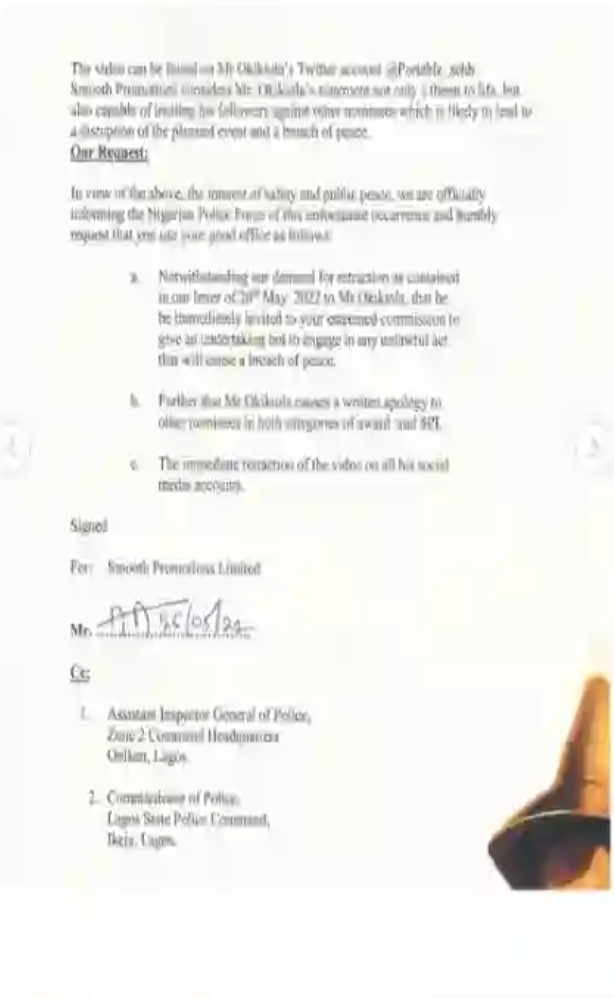 “The general public are hereby implored to disregard the video and stop the dissemination of the same in the public space.” The Headies noted.