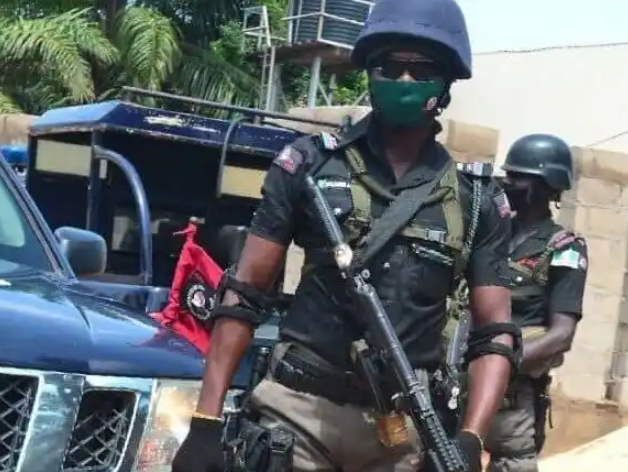 Owo attack: According to Ondo State police, the gunmen who attacked a construction company in Owo, Ondo State, on Wednesday night used explosives to destroy one of the site’s earth-moving machines.

Funmilayo Odunlami, the state police spokesperson, said in a statement that the command has begun investigations to identify those responsible for the attack.

Oyeyemi Oyediran, the police commissioner in the state, led a team of officers of the Explosive Ordinance Department (EOD) – Chemical, Biological, Radiological, Nuclear, and high yield Explosives (CBRNE), also known as Anti-Bomb Squad, to the scene on Thursday, according to the police statement.

The statement said the incident occurred at about 10:00 p.m. on July 27 and was promptly responded to by officers covering the jurisdiction.

“At the scene, the officers met the duo of one Rifum Lawrence aged 50 years, and Abraham Opara aged 45 years old, with bullet wounds,” Ms Odunlami said.

“They were immediately taken to the Federal Medical Centre in Owo where they were admitted and are currently in stable condition.

“The Anti Bomb squad confirmed that an Improvised Explosive Device was used to burst a tractor tyre at the scene of the crime.”

She said the police commissioner sued for calm and encouraged well-meaning residents of Ondo State to cooperate with the police in the course of the investigations.

“The Command urges the people of the state to be calm as the affected area has been cordoned and investigation has commenced to unravel the mystery behind the incident,” she said.

“In the same vein, the command is using this medium to warn those who do not know the real situation of things not to cause unnecessary panic within the state by peddling unconfirmed stories relating to the incident.”

Adetunji Adeleye, the Ondo State Commander of Amotekun, the state’s security outfit, had previously visited the site for inspection.

He claimed that the gunmen fired sporadically into the air, damaging the windshields of two earthmovers at the scene.

“I have just left the scene and I realised that the two security men were injured as the attackers shot into the air,” he said.

“They damaged the windshields of two earthmovers of the construction company. The injured men have been taken to a hospital.”

On Monday, a similar attack on a police division in Akure resulted in the death of a police officer.