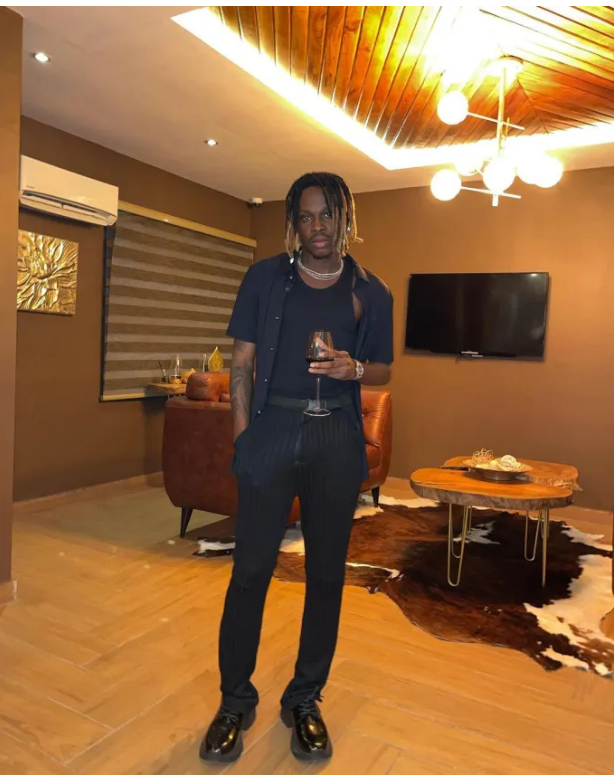 Sensational Fireboy DML, a Nigerian artist and YBNL signee, has thanked his record label boss, Olamide, for being a wonderful person.

On Wednesday, November 3, the ‘Peru’ hitmaker took to Twitter to express his gratitude to the 32-year-old music entrepreneur.

He further described Olamide as the GOAT- Greatest Of All Time.

Fireboy tweeted, “Forever grateful to Baddo for being such a good human being. da Goat 4L.” 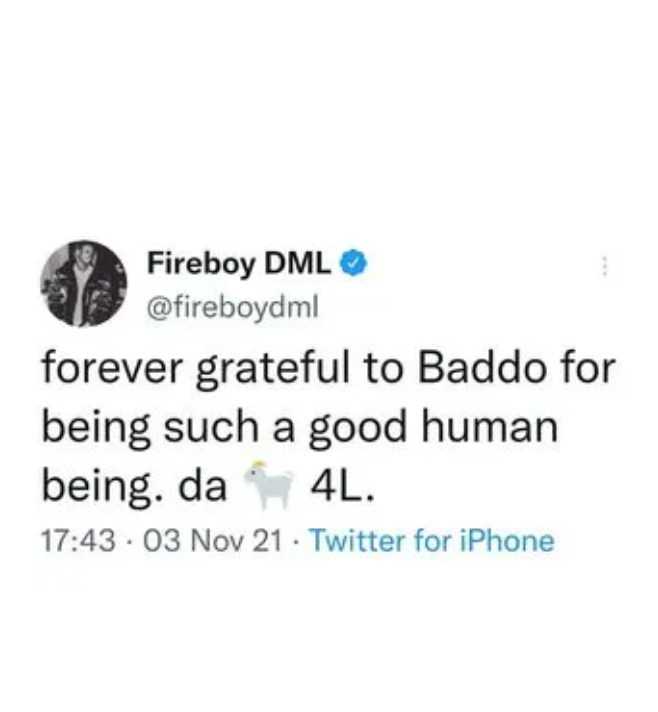 Adedamola Adefolahan, a 25-year-old singer, joined to YBNL Nation in 2018 and released his debut album, Laughter, Tears, and Goosebumps, in 2019.

He has won numerous honors for his music endeavors, including the 2020 Soundcity MVP Awards Festival’s Listener’s Choice Award.

The artist previously stated that he takes his inspiration for heartbreak songs from other people’s experiences, not from his own.

According to the “Need you” singer, he has never felt hurt, hence his heartbreak songs are based on the experiences of those who have gone through similar experiences.