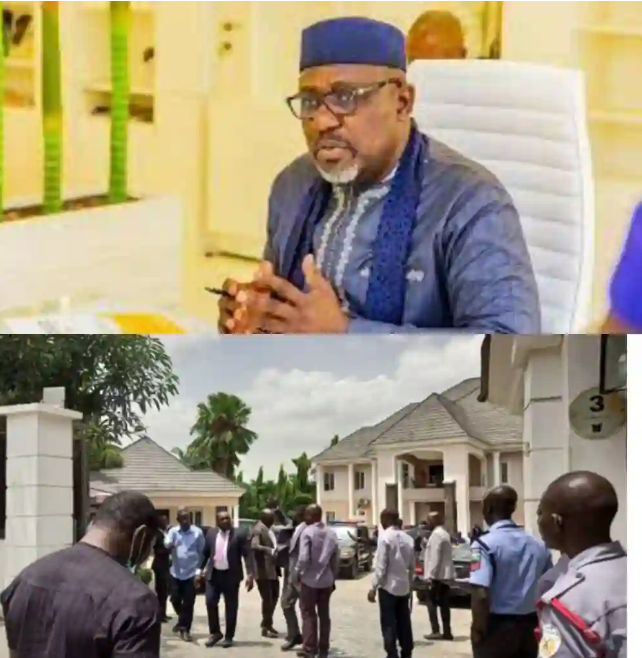 Rochas Okorocha, the former governor of Imo State, has reacted to officers of the Economic and Financial Crimes Commission (EFCC) visiting his Maitama residence in Abuja today, May 24.

Okorocha, who is running for the APC Presidential flagbearer, said he is being held captive at his home in an interview with Channels TV.

“I am under hostage I would say, the EFCC is at my house both the back and the front. I would say, I have enquired if they have an arrest warrant nothing, and  I am supposed to be getting ready for screening.

“I don’t know what is really happening, It is unfortunate that this is happening here.” he confirmed.

Okorocha stated that his next step will be to host a news conference, and that the EFCC will not be able to prevent the press from entering his residence.

“I am trying to address a press conference, Of course, the EFCC cannot stop the press from coming into my premises. They are inside my compound but the press is coming inside my house to interview me, they can’t stop them, he insisted”.

When asked if he would be submitting himself to the anti-graft agency, the presidential aspirant said;

“I’ll be here until I know what it is, because this is something serious, I want to see an arrest warrant or a court order.” he said

The EFCC had filed a 17-count charge against the former governor of Imo before a federal high court in Abuja on January 31. The accusation surfaced just hours after he announced his desire to run for president in 2023.