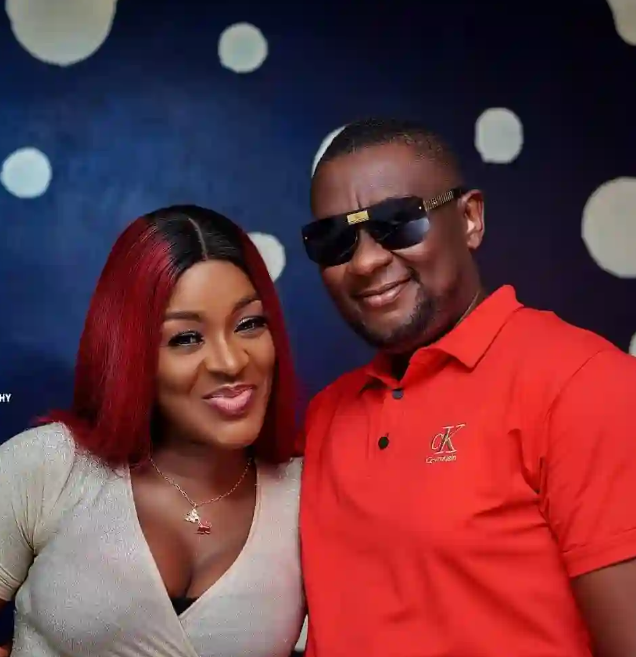 Austin Faani has denied being an abusive spouse after his wife Chacha revealed that she is leaving her marriage alive rather than dead.

The actress stated that she is no longer married because she does not want to “die” or go “inexplicably missing.”

She also stated that if she becomes “incommunicado,” the police, her lawyers, and the welfare department will release her recorded testimonials to the public.

Her message made it appear as if her life was in danger. 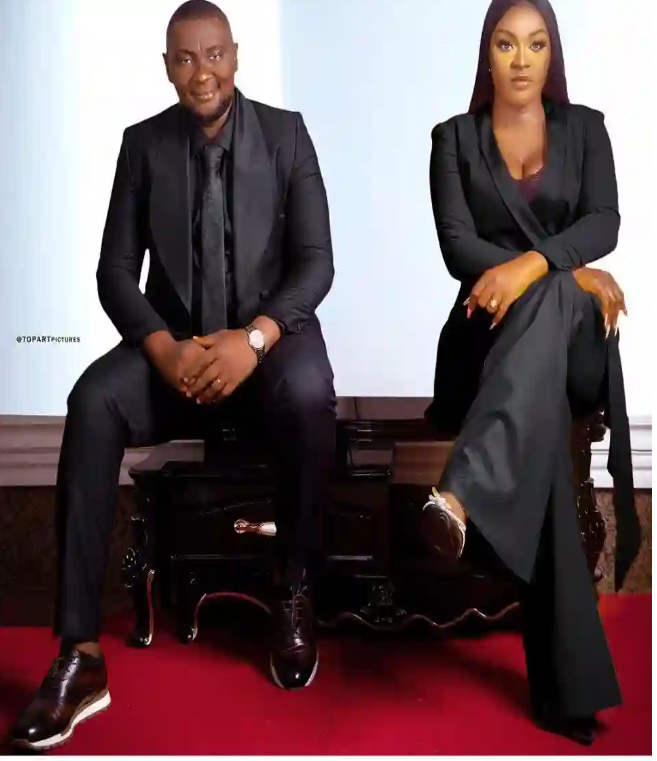 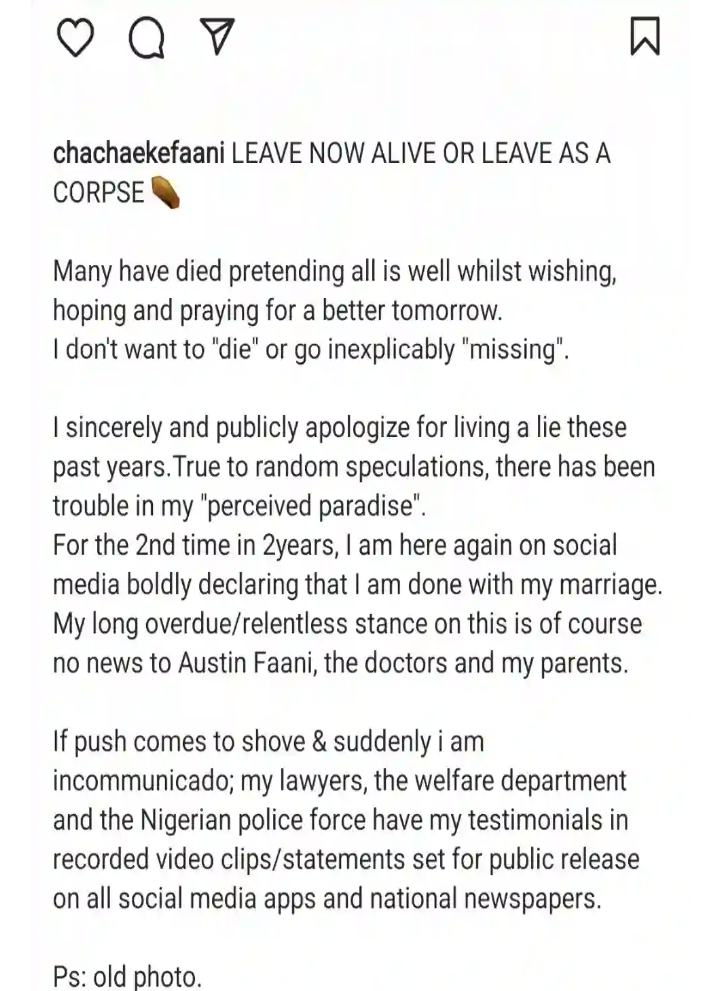 Austin has now reacted. He revealed that he’s not an abusive person and has never raised his hand on any woman, including his wife.

He said, “everyone close to this case knows the absolute truth and it is not in my place to divulge it.”

He added: “The one person who started the talk will in due time continue the talk.” 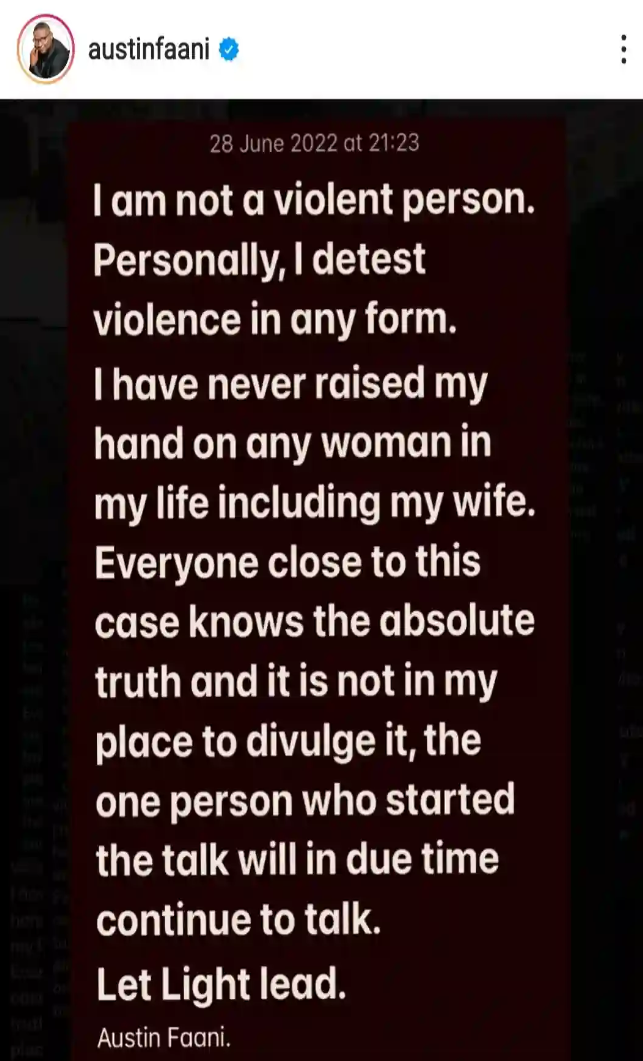