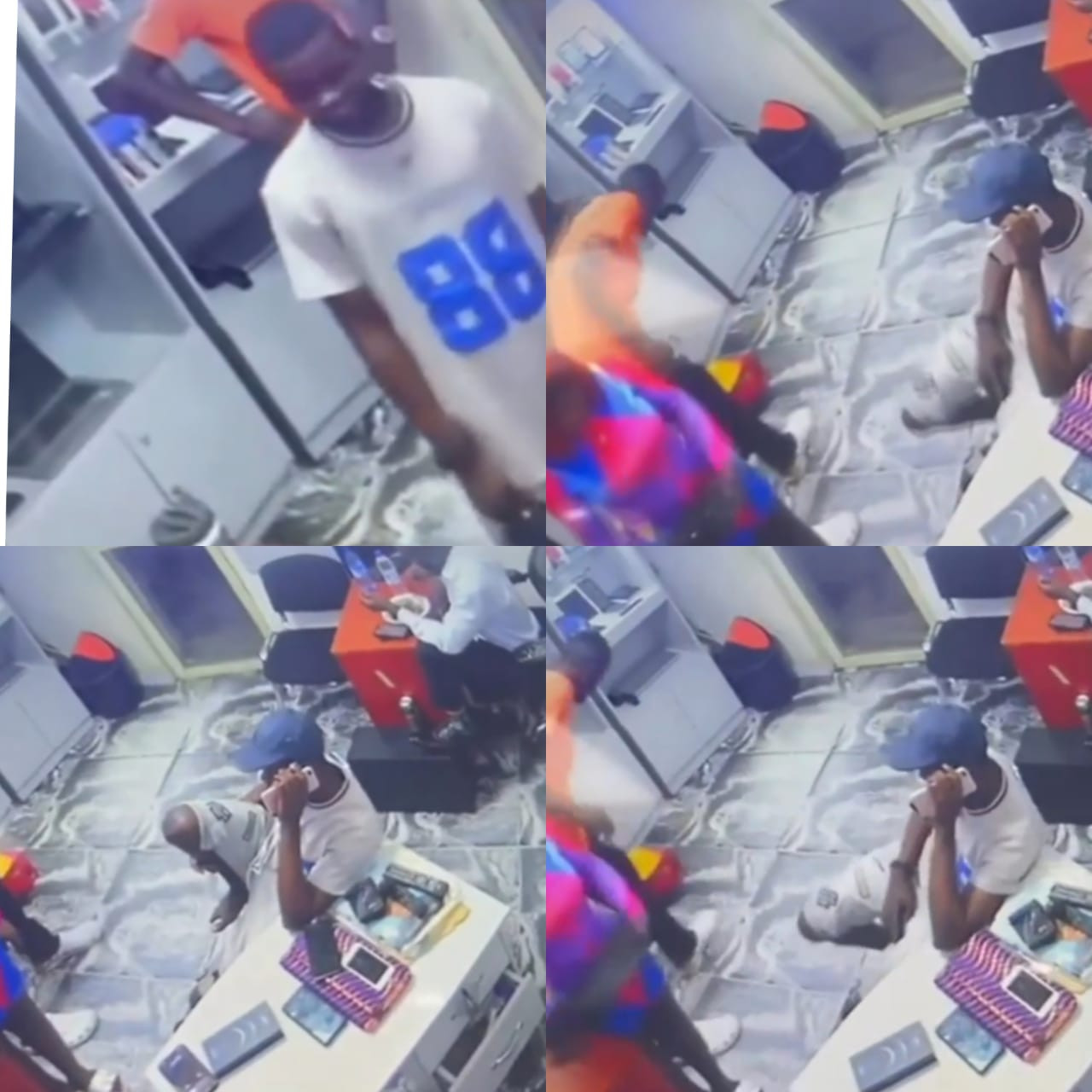 A notorious phone thief has been arrested for stealing an iPhone 12 pro max.

Reports had it that the yet to be identified young man stole the phone, and made use of it as collateral to borrow eight thousand naira in Lagos.

The suspect made away with an iPhone 12 pro max, from a store at Computer Village, in Ikeja, Lagos, a few days ago.

The shop owner was visited with grace, as he wielded CCTV footage, showing where the young man stole an iPhone from his store.

He also went ahead to share a video on social media, where he was spotted pleading with the general public to help identify the thief.

Luckily, a few days from the time he shared the video, the store owner, Omo Nna, made a post on Twitter, revealing that the iPhone thief had been caught.

Omo Nna narrated how both the thief and the iPhone, were tracked. He posited that a moneylender, who was found with the phone, alleged that the suspect made use of the stolen phone as collateral to get a sum of eight thousand naira, from him.

In the post, he wrote; “We caught him, Thank y’all for the Retweet!”