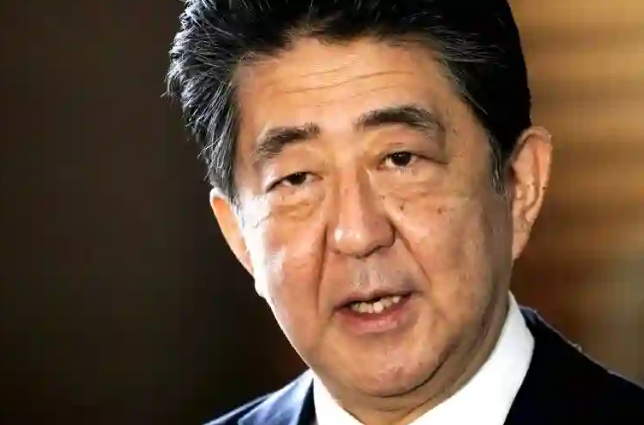 Former Japanese Prime Minister Shinzo Abe is in critical condition after being shot during a campaign speech in western Japan on Friday, according to NHK public television.

The broadcaster showed footage of Abe collapsing on the street, surrounded by security guards. When Abe collapsed, he was holding his chest and his shirt was smeared with blood. According to NHK, Abe was rushed to the hospital.

Witnesses in Nara reported hearing gunshots during the apparent attack. He was standing while delivering an election campaign speech ahead of the parliament’s upper house election on Sunday.

According to NHK, police arrested a male suspect at the scene on suspicion of attempted murder.(AP)

According to MailOnline, Abe is feared dead following the attack because he was hit in the chest.

Firefighters who arrived on the scene said he had ‘no vital signs,’ and medics said he was ‘in a state of cardiopulmonary arrest.’

In Japan, that phrase is commonly used when someone has died but has not been officially pronounced by doctors.

Tetsuya Yamagami, 41, a military veteran, was tackled by security and arrested on suspicion of attempted murder at the scene, with police also seizing what appeared to be a homemade firearm.

Witnesses reported hearing two shots fired while Abe was giving a campaign speech ahead of the upper house election on Sunday.

He then collapsed, his shirt smeared with blood, clutching his chest.

It was a stunning development in a country known for its low levels of violent crime and strict gun laws, and it involved Japan’s most well-known politician.