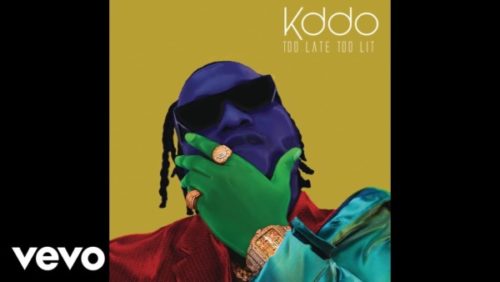 The body of work, “Too Late Too Lit” is distributed under the imprint of SM Entertainment West Africa & Pentlife Music where it houses eight (8) solid & dope tracks with features from Cassper Nyovest, Davido, Ferow, Sho Madjozi,  Mayorkun, Jidenna, Bas & The Cavemen.

Furthermore, this is KDDO’s debut studio project for 2021 & we should be expecting more from him. Enjoy