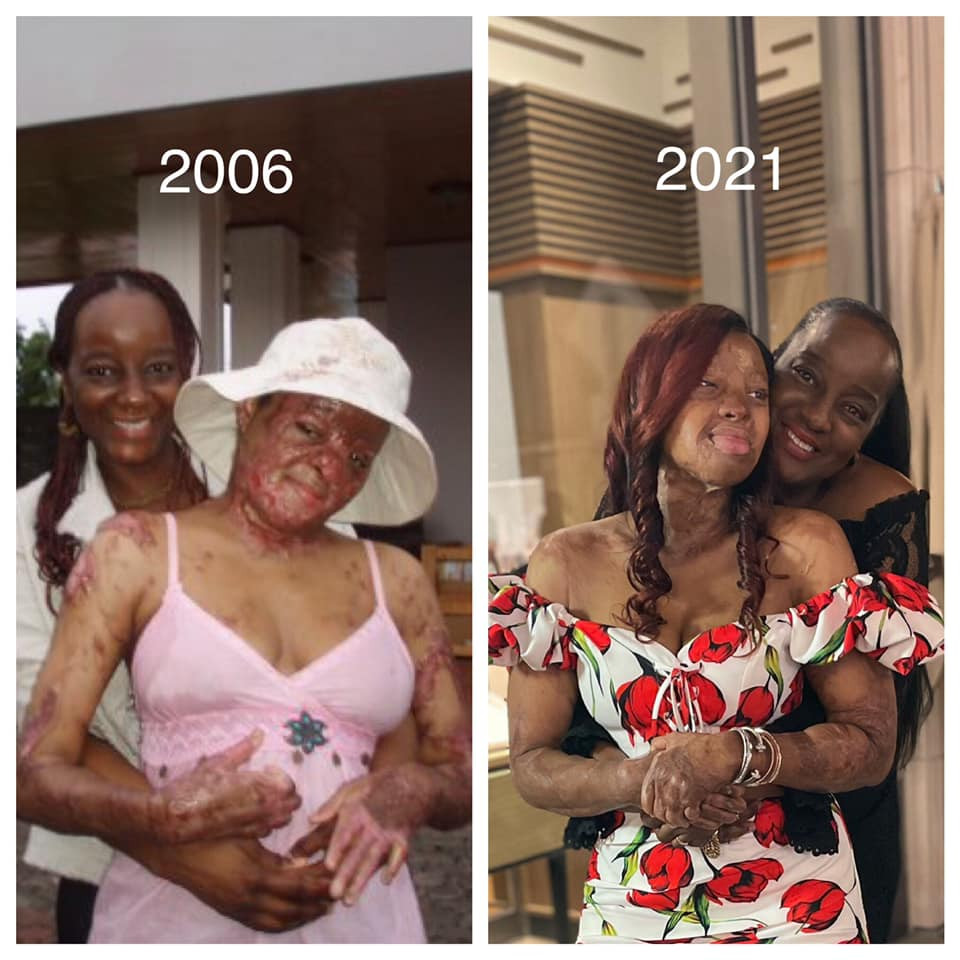 The photos which she shared were one she took with her mother in 2006, a year after she survived the Sosoliso plane crash, and another recent photo.

“Mommy. Nne’m. Nwanyi oma. My role model for life. I found this pic and got the urge to just appreciate you. We’ve come such a long way. I love you so much, you vampire, you. Ije-Duru Okwuchi.” Kechi is stated to have undergone over a hundred reconstructive surgeries since the incident. The tragic crash claimed 107 lives, 59 of the recorded deaths were her schoolmates at Loyola Jesuit College.

Kechi has once posted: “We’ve been joined at the hip since December 10, 2005“; expressing that throughout her journey towards recovery, which has spanned for over 16 years, her mother has been by her side.