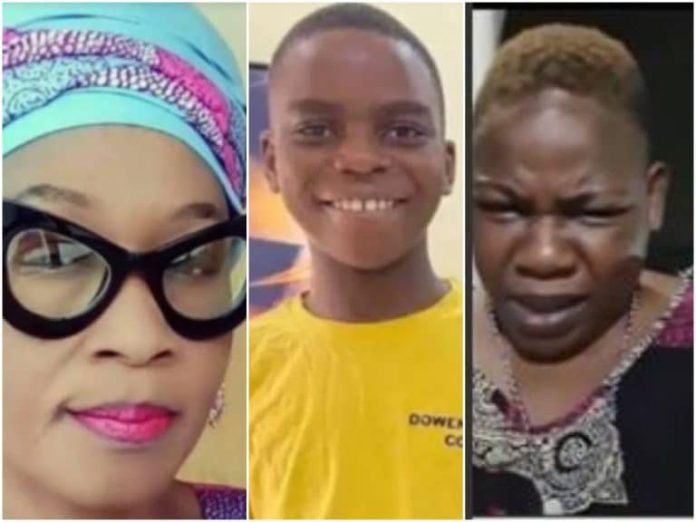 Kemi Olunloyo had alleged that the late Sylvester Oromoni willfully joined a cult in his school, Dowen College, while he was alive, and claimed that he consented to be beaten up and given engine oil.

Popular Nollywood actress, Ada Ameh in reaction to the allegations, threatened to beat up the controversial journalist.

Kemi in a counter-reaction disclosed that she had reported the actress to the police and the Department of Security Services (DSS) both in Nigeria and America, for the threats the actress made.

The arguments embittered most Nigerians on the microblogging platform as they began reporting the tweet for supposedly violating Twitter rules.

However, Kemi revealed that her account was not suspended as was assumed, and none of her tweets about Ada Ameh was pulled down, as it did not violate any rules.

‘Anytime someone deactivates an account. It takes an hour or two to feedback followers.’

On if Ada Ameh’s tweet was yanked off, she said, “Twitter did not remove Ada Ameh Tweets, it’s there.” 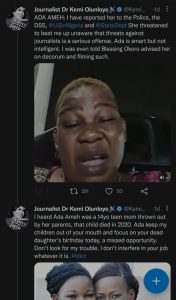 “Parents Of A Girl Child Are Useless, I’m Happy I Don’t Have A Daughter” – Kemi Olunloyo