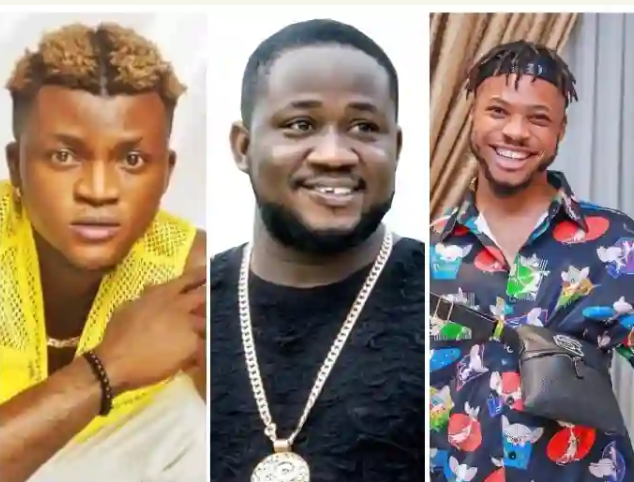 Upcoming artiste and Zazu crooner, Portable, has been sent packing back to his village in Ogun state by his benefactor, Kogbagidi.

Portable’s belongings were packed by Kogbagidi, who claimed he should be returned to his village in Sango Ota, Ogun state.

In a video posted to the promoter’s Facebook page, he can be seen asking the Zazu star if he has ever received a penny from him despite everything he has done for him. Portable was able to certify that Kogbagidi had not taken any money from him.

Portable was then asked by Kogbagidi why he was concerned about the money with Poco Lee. The promoter went on to say that the Zazu star lacked common sense and told people who tried to persuade him to take the singer out of his premise.

Portable could be heard protesting in the background, alleging that now that the Zazu song has started reigning, they are sending him packing. Kogbagidi went on to say that he needs his privacy and that the Zazu singer should be removed. He further said that if the singer had been observed, he would not have publicly chastised Poco Lee.

“Unruly and unprofessional conduct is always expected from upcomings .You never can tell what goes on in their mind or head. Am shocked and embarrassed at this point. Do I need to fix your career and your head at the same time ?”

Do you find 9jadailyfeeds useful? Click here to give us five stars rating!
Tags: Kogbagidi Portable