Just as Obasanjo is known for being inhuman, the diplomat hit the records again with his display of terror in Ifo.

By birth, he is Olusegun M. O. Aremu Obasanjo. He is a popular political actor in the second republic. Firstly, Obasanjo led the country for 3 years as a military head. Secondly, he ruled again as a president for 8 years. To clarify, he spent 11 years in office. 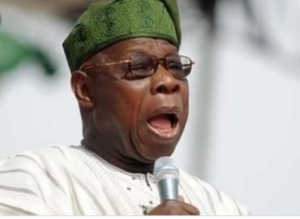 About 5am yesterday, Obasanjo stormed the home of the Adebayos with some soldiers. He rightly dealt with the wife of his ally. The woman is Mrs. Adebayo (Molaja).

Obasanjo make claims that the woman got away with #160 Million.

Certainly, there’s more to this uncivil action. This is due to the fact that the truth of the matter is yet to be known to all.

Many, due to his actions, wonder if there was an incident of theft in the area. This is because the tension was strange. 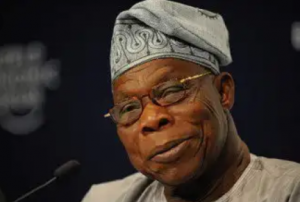 According to Sahara reporters, a whistle blower remit a report of the occurence. The respondent plead to be kept under cover. That is to say, this appeal is to avoid any form of contact tracing. As a result, Sahara kept the identity of the person a secret.

In addition, the piece of information showed that he used a horse whip (koboko) in the course of the punishment.

The Nigerian society, from times past, is a home for regular occurrence of unlawful punishment. The citizen’s fundamental rights are not duly respected. Moreover, there’s a clear outline of these rights in chapter four of the constitution. Do they really count?

Men of the press reach out for Obasanjo’s spokesperson to give meanings. All attempts to get him prove abortive. Therefore, there is a crux to his fade out. 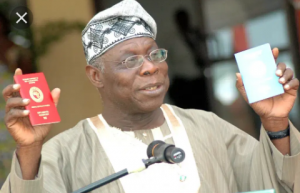