Gaaga Muzik CEO, Larry Gaaga wraps up the year 2020 as he releases his most anticipated project tagged ‘Nneka The Pretty Serpent’ album.

Lastly, the new project comes after his previous album, ‘Rattle Snake‘ which was released a month ago. Enjoy! 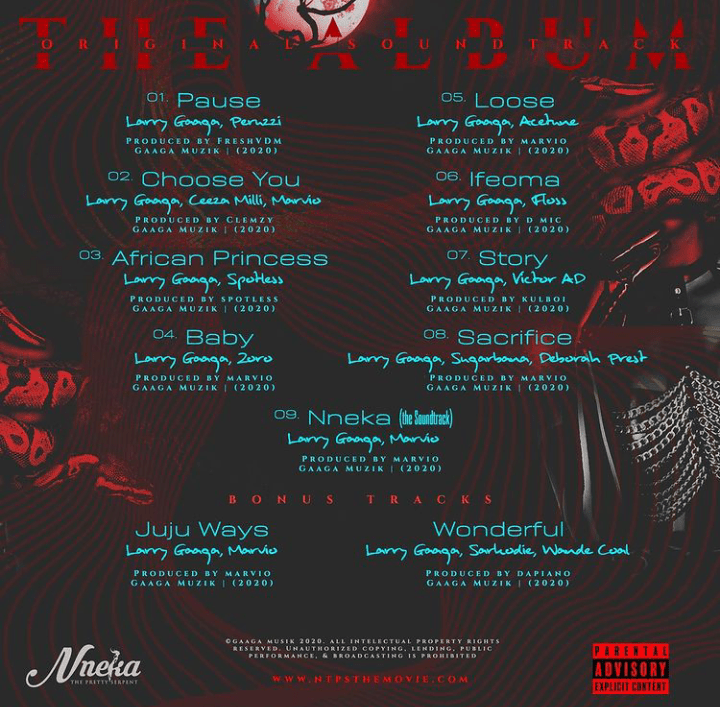 What Do You Think About ‘Nneka The Pretty Serpent’ Album by Larry Gaaga?

We want to hear from you all.