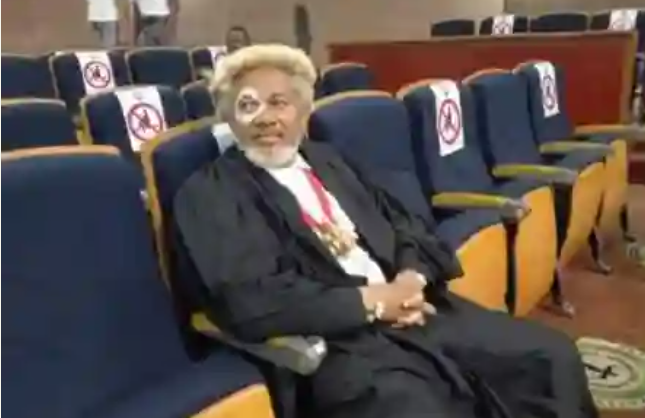 Malcolm Omirhobo, a lawyer, dressed in traditional attire for his appearance at the Supreme Court.

He told reporters that his attire was in protest of the court’s decision last Friday to overturn Lagos’ ban on Muslim female students wearing hijab in public schools.

Since the Supreme Court has already made the ruling, he believes that adherents of other religions, including Ogun and Sapoona worshippers, should feel free to wear religiously themed clothing.

Do you find 9jadailyfeeds useful? Click here to give us five stars rating!
Tags: Malcolm Omirhobo