Police in Kagadi, Uganda have arrested a father on allegations of killing his eight-year-old daughter and burying her secretly.

The suspect has been identified as Jackson Mbabazi, 39, a resident of Kinyasi, Nyamwezi Parish, Mabira Sub County, Kyenjojo district. He has however been hiding in Kagadi district since he allegedly committed the crime. 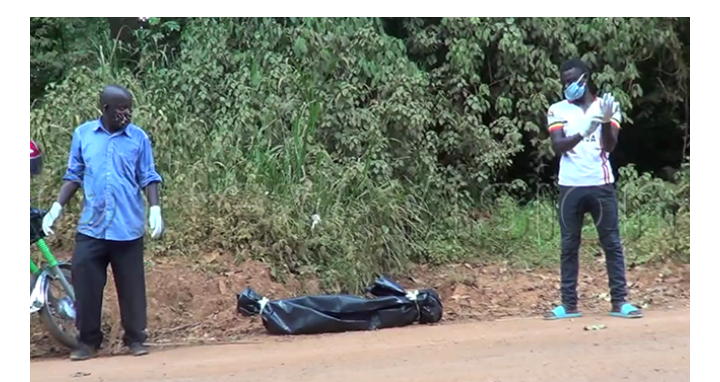 Joseph Mugisa, the father-in-law to the suspect, told police that the suspect had earlier said that as he was taking the child to the hospital, she died along the way and he decided to keep her body in the forest.

Mbabazi, however, denied the accusations, saying the daughter had been. He claims that after the child died in the middle of the forest, he decided to keep her body in the forest and go to look for help.

He led an investigation team from Kagadi Central Police Station to the forest, where they recovered the body. Police have allowed the relatives of the deceased to bury the girl, as investigations into the matter are ongoing.

Neighbours say that Mbabazi divorced his wife three years ago and has been staying with his children until this unfortunate incident.

This is the fourth person to die under unclear circumstances in Kagadi in a period of one month.