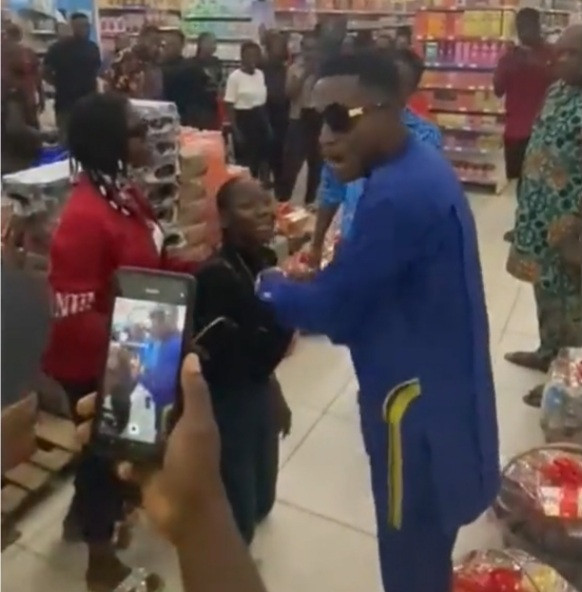 The woman knelt to render her proposal, but it didn’t go well with her counterpart, as he rejected her proposal.

The young man seemed to embarrass by her girlfriend’s action even as she began to tear up.

“I’m the one supposed to give her a ring,” the man said as he refused the proposal.

“If you were the one, how would you feel about it?” The young man asked one of the onlookers, and this was his reply:

“If I like her, I’d accept the ring immediately,”

The young man continued his exclamation in Igbo, saying:

“We’ve been together all day and at no point did she give me a heads-up that she will propose.”